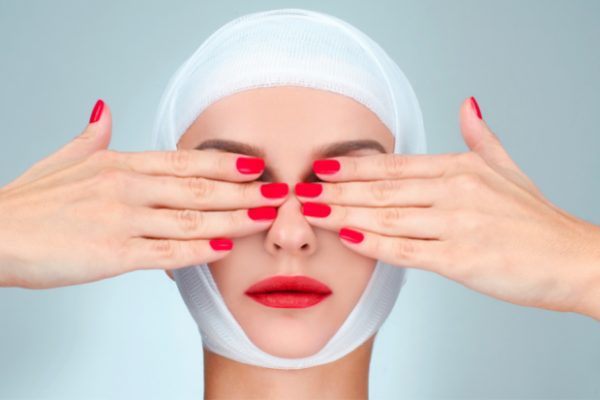 In recent years, we have seen the destigmatization of plastic surgery in the world of entertainment.

Celebs in the 80s and 90s would have vehemently denied getting any work done. But today’s stars are far more likely to share selfies from the clinic. They’re not going to lay low during a tummy tuck recovery period, they’re going to tell their fans how they’re doing.

We’ve seen celebrities like Cardi B, Chrissy Teigen, and Ariel Winter all being refreshingly candid about their recent procedures. This helps to humanize superstars and help fans see them as real people with real problems.

With that in mind, we would be remiss if we didn’t recognize these celebrities that owned their plastic surgeries, back when society wasn’t as open-minded.

Theron famously put on a considerable amount of weight for her Oscar-winning role in the film Monster, only to turn around and get into incredible shape for her role in the action film Æon Flux.

When a Hollywood reporter asked her how she lost the weight so quickly, she responded with, “I went under the knife.” The reporter laughed, thinking she was joking. But the actress quickly deadpanned, “I don’t know why you’re laughing.”

Through all of her controversy over the years, Britney has always remained unabashedly Britney in every way.

She has always been candid about what’s going on in her life, for better or for worse. This includes a 2013 interview when she told InStyle Magazine, “I’ve had lip injections before.”

Brit has been rumoured to have undergone other procedures, but she was very open about her lips.

As a member of the cast of Friends, Kudrow was one of the most recognizable faces alive for more than a decade. However, that’s not exactly how her face has always looked.

In 2013, she admitted that she had a nose job in high school before she was famous. She told The Saturday Evening Post that, “I did it the summer before going to a new school… That was a good, good, good change.”

In an age when most celebrities weren’t talking about plastic surgery, even fewer actors were talking about it. That’s why it was so surprising when George Clooney, at the height of his fame, admitted that he’s had his eyes done in a sit-down interview with his Ocean’s 11 co-star Julia Roberts on an Oprah Winfrey special.

Roberts said that she hadn’t had any work done, but added “Not yet” in a sing-song voice.

These celebrities were all ahead of their time. They came clean about their respective plastic surgeries during times where they would have faced certain backlash for their honesty.

Fortunately, fans today are far more open-minded and love getting a sneak peek into their favourite celebrity’s life.