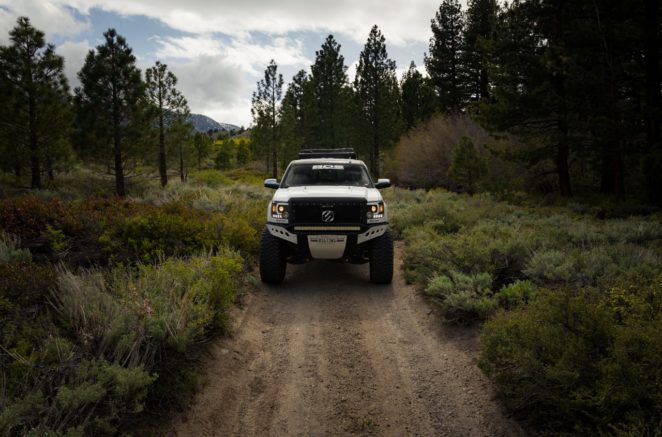 It’s no secret pickup trucks are usually bought because of their power and the ways they can be used for hard work. However, what many often forget is that some of them are astronomically fast. In fact, some pickups you can now get are even faster than some of the sports cars we got to see in the automobile world. Although these models are a rarity, they might be exactly what you want if you’re looking for a pickup that could beat a supercar in a drag race. With that in mind, let’s take a look at five of them that are definitely worth investing in.

If you want a pickup that could beat a supercar in a drag race, going for the model that popularized the sports truck is something you just can’t go wrong with. Ford SVT Lightning isn’t just a muscle truck, it has absolutely everything you want in a car you’d take to a race – a supercharged V8, a lightweight rear-wheel drive and plenty of space for modification. Even though Ford SVT Lightning was more popular back in the day, many drag race enthusiasts still decide to go for this model. Get one of these and you’ll be able to take it to a drag race with very little work.

We all know that Toyota has its share of special and fun cars. Toyota Tacoma X-Runner definitely is one of them, especially for those who need a pickup for drag races. The biggest reason why this model is so beloved is because of how reliable it is. However, what makes it a perfect option for beating supercars in drag races is the fact that it has the ability to reach high speeds in a very short amount of time. In fact, it only takes Toyota Tacoma X-runner 6.7 seconds to go from 0 to 60MPH, which is exactly what you’d want from this kind of vehicle.

The second Toyota model to find its way into the list is Toyota Hilux. This legendary pickup is something every collector wants to have and it could be exactly what you need. Toyota Hilux has been specifically designed to withstand harsh road conditions but it also has everything you’d ask for in a drag race car. The eighth-generation models introduced from 2015 also use new ESTEC diesel engines combined with 5- or 6-speed manual or automatic transmission. All eighth-generation models have proven to be extremely popular and most dealers who offer trucks for sale should be able to provide you with one.

Dodge Ram SRT-10 is another insane pickup for drag races, especially when we’re talking about SRTs. Experts at Dodge are known for producing hot-rodding vehicles and this model definitely lives up to the expectations. Just the fact that it comes from the same minds that came up with the legendary Dodge Demon and Hellcats makes it an option worth exploring. One of the best things about this pickup is that it’s imbued with the power of an 8.4 litre V10 you previously could’ve found in the Dodge Viper.

This is another Ford model that makes the list and it does so for a reason. Not only does Ford F-150 Raptor combine modern design and lighter build but it’s also one of the fastest pickups you can find. With just a little bit of tuning, this thing could help you win almost any race. Although the off-road equipment doesn’t help it perform better on the dragstrip battlefield, this model still produces enough power, making it exactly what you’re looking for. Going for the second-generation Raptor is a much better idea since it uses the 10-speed automatic instead of the 6-speed automatic you could’ve found in the original model.

There are plenty of pickups that every automobile enthusiast would like to have. This includes the five pickups covered in this post, which should be able to beat any supercar in a drag race. If you’re into tuning, you could end up turning each of them into every drag race fan’s dream.