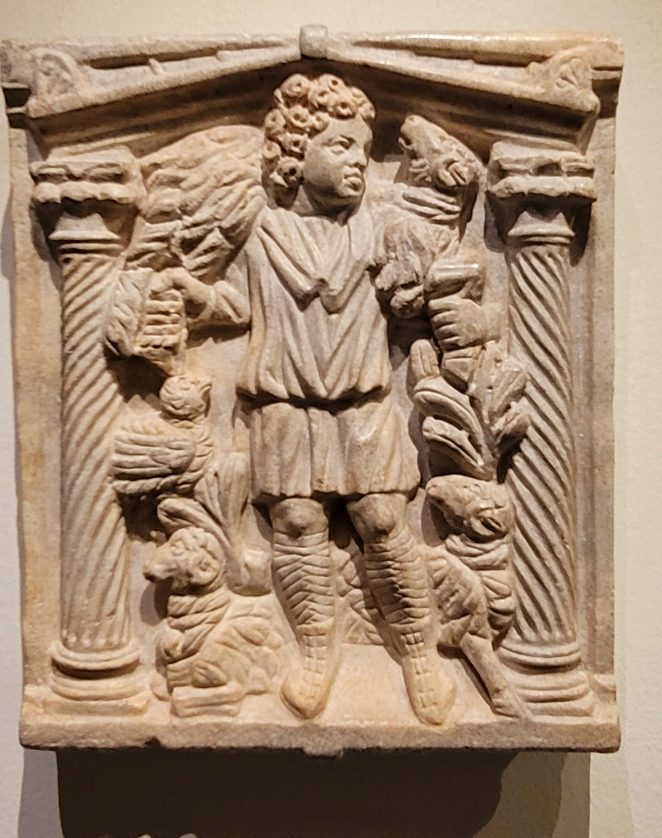 This is a sarcophagus relief of a young Christ as the Good Shephard at the Antioch Reclaimed exhibit at the St Pete Museum of Fine Arts in Saint Petersburg, Florida. This was from Antioch, an ancient city in Roman Syria about 300 AD when it was Christian. Antioch was formed in 300 BC by a general of Alexander the Great. Here Christ is depicted as a young Shepard with a lamb draped across his neck leading his flock to heaven.