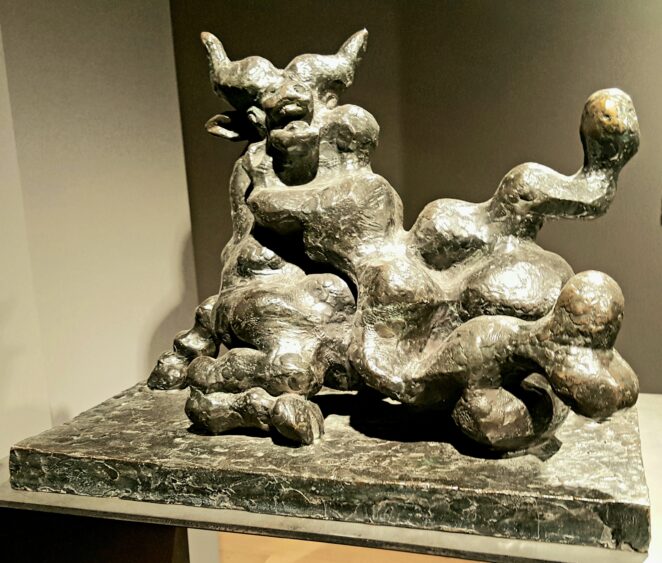 The Jewish Bronze Sculpturalist Lipchitz had this sculpture at the Musée des Beaux-Arts de Montréal (Montreal Museum of Fine Arts)  in Montreal, Canada.  It was called “The Rape of Europa” and was made in 1938 in New York. He was just out of his Cubism stage. In classical mythology the Phoenician princess Europa was seduced by the god Jupiter who took the form of a white bull who carried her off on his back to the Island of Crete.