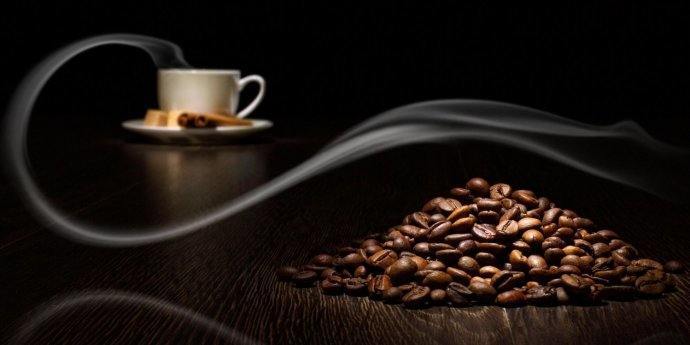 Vince: Hey! Leonardo da Costa you dirty dog you. How long has it been. You haven’t kept in touch since forever. How you doing man?

Leon: Good my braa good. How are you man? How’s the family. I heard you married your sweetheart from back in the day.

Vince: I’m 100s. The wifey’s treating me right. Got my family, dog and a house. All fenced up I really can’t complain. So how bout you. I hear you’re a hot shot lawyer now.

Leon: I don’t know about the hot shot part. But I do try.

Paolo : Ouens (fellas) if anybody gets short on cash we got a banker in the house hey Terry.

Terry: Come on guys I’m here for a minute and you starting that ish. Lets get some coffee.

Marco: Why did we have to meet at a coffee shop? There are so many good spots where we coulda had some drinks huh. Who’s idea was this? The padre here? (pointing at Terry).

Terry: I don’t drink, I don’t smoke and I ‘m a very happily married man. So no thank you to your spots. Besides this is about us remember. Remember when we were The Mambas hmm? The best goddamn up and coming soccer team in our day…

Miguel: That’s right man. But it would be good though to pour a little liquor for the homies who passed on.

They order beverages and a few minutes after their coffees arrive Jack walks in.

Jack: What kind (what’s up) snoories?

Jack: How can you say passed on. 3 brothers were murdered. They died before their time. We should pour a lil something. But I’m not wasting my single malt on those mothers. Hahaha…

Leon: Damn you Jack. Those were homies man. Brothers for life.

Jack: Just playing you dork. Don’t be so serie-ass

Leon: (stands up and points) Cousin Daniel Jackson. Guys, you know this is my família. My 1st cousin. A cop wrongly accused of a crime he didn’t commit hmm. Because he wouldn’t rat on corrupt policemen. Meu família. Wouldn’t accept my help. In 4 years he wouldn’t accept my visits. Not even a single phone call.

Jack: It was complicated but its over now. (reaches his arms out). Come give your big cousin a hug.

As Miguel sees Keith standing inside the shop he signals to him. Keith proceeds to the patio with his associate.

Miguel: Hey guys, remember Patrice Muller. This is his nephew Keith. He’s a musician, a producer of the beats and all that kind of thing.

Marco: Music man. That’s good kid. Your uncle used to love music. May he rest in peace. We used to croon back in the day but nothing too serious. Just a bunch of clowning cats

Keith: Hey howzit (how you doing) This my friend Durango from Puerto Rico

Vince: Ja..we used change the lyrics and make a mockery of the songs.It was good fun hanging with these cats

Marco: Hey kid, have you heard of that…er, that er, homeless dude from Bloemfontein. He’s all over the net. He sings some good old School tracks. Not the best voice but he’s alright.

Marco: Listen to this and tell me what you think. (from his cell phone plays a video with a man singing There’s no easy way)

Leon: Its seems like he’s trying but not really getting anywhere. Do you think you can work with person

Keith: Yeah I suppose. If you paying then of course. But first he will need a lot of work on his vocals. If you send him for proper vocal training and he works it right. I’ll be all in.

He plays the song again and again then says

Keith: Trained properly, there’s a few Marvin Gaye tracks I think he could do, you know. Like, ‘Til tomorrow, If I should die tonight and most definitely ‘Distant Lover’

Keith: Like I said if you paying then we laying down those tracks. Talk about ‘Distant Lover’, R Kelly did a song in this tradition called ‘Get out of here with me’. I don’t know if you know it. Its off the hook. Its a talented piece in tribute to the legend. There’s also another track he did that’s the bomb..erm.. I think its called ‘One step closer. I love the way the flutes fly plus the drumming is in perfect sync with the vibe. Whew!

If this man from Bloem can get his voice right, I wouldn’t mind experimenting a little. Doing my own Old School with the same passionate intensity. It’ll be a challenge but nothing that my musical twins can’t accomplish.