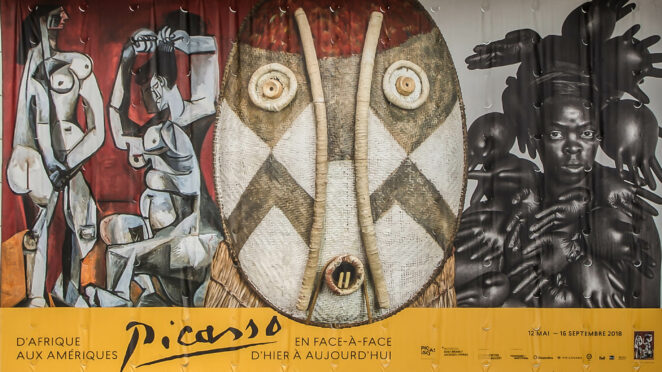 We are at Musée des Beaux-Arts de Montréal–The Montreal Museum of Fine Arts.  This was a modern building that was linked to the classical building across the street by a tunnel under the major street there. This was also part of the museum.  We were fortunate there was a large Picasso exhibit and they were comparing it side to side with an modern African Art exhibit. There was a large banner on the front of the museum. Here is a closeup of the large banner.