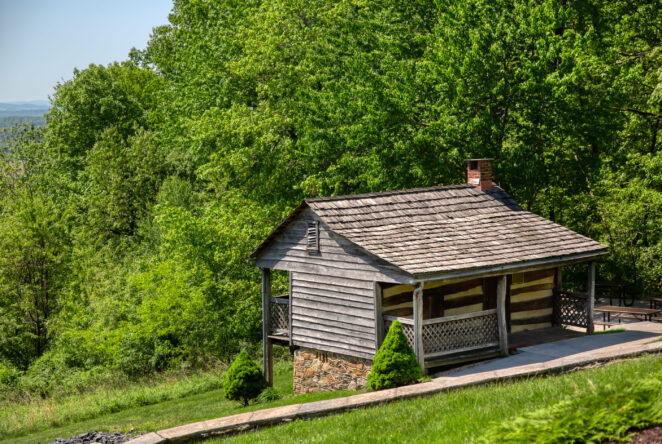 While touring around the beautiful grounds of the National Shrine Grotto of Our Lady of Lourdes in Emmitsburg, Maryland, you can see this great log cabin near the entrance. It belonged to John Hughes who was in the class of 1826 at Mount Saint Mary’s College here at the Grotto and who became the Archbishop of New York. Abraham Lincoln sent Mr. Hughes to Europe during the civil war. Later John Hughes designed and started to build Saint Patrick’s Cathedral in N.Y.C.  He was born in Ireland in 1797 and immigrated to the United States in 1817.