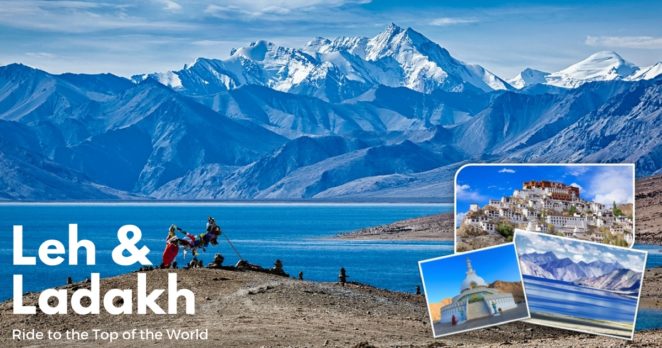 Leh is surely a gem in the crown of India. Located in the northernmost region of, this paradise is bestowed with culture and mountainscape that speak directly to the heart. With its growing popularity among tourists, it has become more easily accessible. You can now simply plan and reach Leh in hours.

If you are looking for Ladakh honeymoon packages for couple and aren’t sure how to pick the best one. Well, this blog is here to help you with 7 top tourist spots in Leh that are simply the most stunning ones, and will add on to the charm of your romantic escape!

One of the most iconic sites of Leh, Pangong Tso Lake was also featured in the closing sequence of Bollywood movie, 3 Idiots. The turquoise water of the lake complement the beige peaks that surrounds. The lake’s surrounding is blessed with tranquility and you can always steal your own space here.

Regarded as one of the highest motorable roads in the world, Khardung-la Pass is a biker’s dream. The route further leads to Nubra and Shyok valleys, and is taken care of by the Border Roads Organization.

As the name suggests, this one comes with a surreal aspect indeed. There is a particular region marked in white, where parked cars defy the logic of gravity and gradually begin to move uphill. This phenomenon is indeed intriguing so don’t miss this one during your visit.

Perched atop a hill, Spituk Gompa adds color to the otherwise rugged landscape. Holding special significance for the followers of Buddhism, this one has to be in your list if you are culture vulture.

Hemis National Park in Leh is a paradise for wildlife lovers, without a doubt. One of the largest national parks in South Asia, it is home to leopards, Tibetan wolf, Asiatic ibex, red fox and Eurasian brown bear – to name a few. The best time to visit Hemis National Park is between May and September, since the weather stays favorable and you have more chances of spotting endangered species.

Often featured as a highlight in many Leh-Ladakh holiday tour packages, Hemis Monastery is popular in all of India due to its 2-day annual mask festival. The festival is dedicated to Guru Padmasambhava, who is said to be the reincarnation of Gautam Buddha.

A visit to Leh stays incomplete without a visit to Shanti Stupa. This stunning white structure is located in Changspa and is a peaceful Buddhist landmark also admired by photographers around the world. It is suggested you visit the Shanti Stupa during sunset for magnificent views.