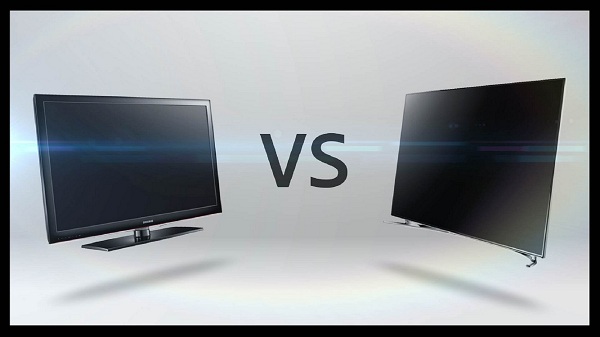 In today’s digitized world, a group of new innovation is being introduced each year. A more prominent rage nowadays is to opt which display, i.e. whether an LCD or an LED Display. Before going deep into details, I’ll first discuss with you the concept of both of them.

LCD: Also known as liquid crystal displays, these make use of chemically fuelled tubes that blaze and draw a picture on the display screen. It can be said that a great picture quality that’s almost equivalent to the LED displays.

LED: These are also known as Light Emitting Diodes that replace the fluorescent tubes in order to generate the back-lighting.

Well, if you are wondering about which one is the best among these two varieties provide better picture quality, best value, and overall is best, this is completely dependent upon your personal preferences.

So, to give you an idea and placing your mind at ease, today, I’m here to share you with important aspects and a run-down of information which is being offered by both of them. Just have an insight:

Well, both the LED and LCD displays are liquid crystal display. An LCD display has a glass of two layers which are converse and combined. Afterwards, the liquid crystals then get blocked or pass through the light for displaying the TV picture.

The light is not generated from the crystals because the light comes from lamps’ series which are located at the back of the display screen. The screen lights of an LCD Display which are at the back are fluorescent lights, on the other side, the lights at the back of LED displays are Light Emitting Diodes, also known as LEDs.

There are only two distinct methods which are utilized for LEDs are – full array lighting and the backlighting edge lighting. Majority of the LED displays are edge-lit, and that’s without local dimming. Besides, the LEDs are placed on the edge of the LCD panel.

The backlit display technology makes use of light guides to brighten specific display area. When this was announced a few years ago many companies, for example, LG, Samsung, and Sony have developed a better version and that is making use of edge-lit with local dimming. Such a display technology leads to better picture quality. The black level appears to be even darker making it much better. Hence, LED Displays are the best for the insightful customers.

If you’re looking for the best picture quality among all the LED displays, then it must have – full array backlighting with local dimming. The individual zones of LEDs can be dimmed or brightened self-reliant, and hence making it more personal and customizable for an individual’s tastes and preferences.

Well, the LED generally has superior black levels and contrast. The colour accuracy of LED Displays is much better in contrast to the LCD displays. Thought, LCD is no slump in colour accuracy compared to an LED Display, and this is a slight advantage.

The viewing angles are commonly questioned; however, both of them are more or less the same. That’s because of the glass panel utilized by the manufacturer. The good quality of a glass panel is projected to give a better viewing angle.

Size is sometimes a major concern for a myriad of people. Well, LED display screens are slimmer in comparison to the LCD, though not by much. This is due to the fact that LEDs are tiny and can be installed in small places enabling the manufacturers to cut down some weight. If space is of a big concern for you, then make sure that you measure it first.

If the power bill and energy is of utmost importance, then what you must require an energy efficient display. In such a case, LED displays are an excellent option. That’s because LED makes use of less light for presenting its pictures. These are established in order to prepare better quality pictures while also using less power than LCD models.

Overall, these are the benefits and drawbacks of both LED and LCD displays. The customers can select any one among them as per their tastes and preferences. Obviously, LED has more advanced means of technology with slightly better picture quality, though has a higher price point. LCD displays are still manufactured and are available in the market despite the gaining popularity of LED Displays. That’s because they offer good value at a lower price with good picture quality.