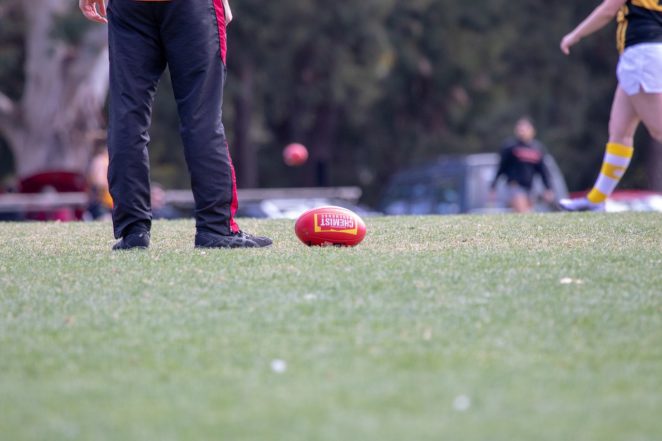 There are so many sports out there, that it is a wonder how spectators and TV viewers can remember the rules of all of them. Sure, we all know the simple rules of football and we have picked up a thing or two about baseball but if Australian football had caught your attention, you might be wondering what kind of rugby is this. Well, it is a kind of rugby, sort to say, that differs from its American and international cousins. There are several aspects that make AFL unique, from the goal posts to how points are awarded, so be sure to know the rules of Australian Football.

Before we say anything about how it’s played, you need to know its origins. Needless to say, Australian rules football originated in Australia in the latter half of the 19th century. At that time, cricket and horse racing were popular sports but football was starting to increase in popularity as well. The year 1858 saw the first ever match of the new sport that got its own rulebook and things kicked off from there, pun intended. The game slowly developed only to lose most of its star players due to two world wars. The league didn’t truly recuperate until the foundation of a national competition in the 1980s. Today, there are even showcase matches played in New Zealand and China to raise the popularity of the sport outside Australia.

The shape of the field

The field used for AFL is perhaps its most trademark feature, untypical of other kinds of rugby or football, for that matter. The field is oval shaped without any strict dimensions. The length of the field varies from 135 to 185 meter, while the width is anywhere from 110 to 155 meters. These numbers go for the senior level since fields for children are smaller. The unusual shape of the field is owed to the cricket field from which many AFL fields originated or they are still multi-purpose today.

The number of players

Like in other similar sports, there are two teams that are comprised out of 18 players on the field. In women’s AFL this number is usually 16. Each team is allowed four substitutions or interchanges as they are called in Australian football. They sit on the bench and enter play through a special entrance named the “gate.” Players have positions like in any sport but these are more fluid in AFL as there is no offside rule so players are dispersed around the field. This means that the game is faster and more attractive to watch. 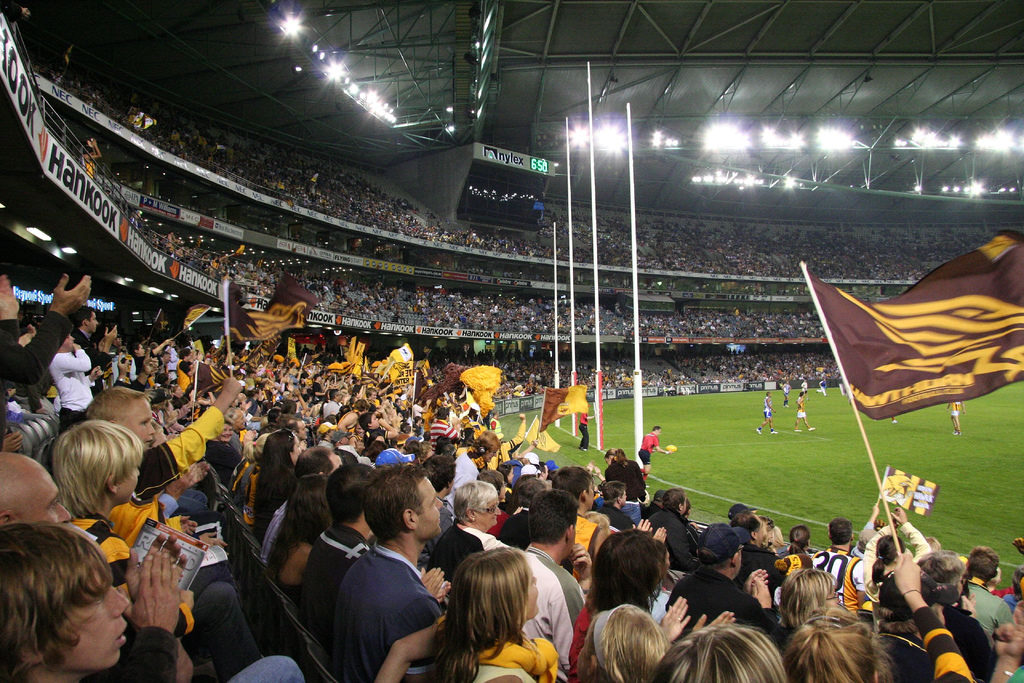 A curiosity in AFL is that there are no touchdowns, only field goals. There are four posts in total, and the number of points a team is awarded depends between which two posts did the ball pass. A “goal” is worth 6 points and the ball has to pass between the inner posts. It can either fly in or it can bounce inside but it cannot go in off a defender. One point is awarded if the same thing happens with the outer posts and such scoring is called a “behind.” Due to the unique design of the posts, most AFL clubs both home and abroad buy Australian made goal posts since they are the best fit. There is also a difference in height of the posts, as the inner ones are taller than the outer ones but the ball can pass above their height as that still counts as a goal or a behind.

The duration of a match

The whole match is divided into four quarters that nominally last twenty minutes. Every time a team scores, the ball goes out of bounds, or there is a serious injury the clock is stopped, so an average game lasts longer than 80 minutes. Like in football, there is stoppage time that is usually anywhere from 5 to 10 minutes. After the end of the first and the third quarter, there is a 6-minute break and the halftime pause is some 20 minutes long

The ball and the rules 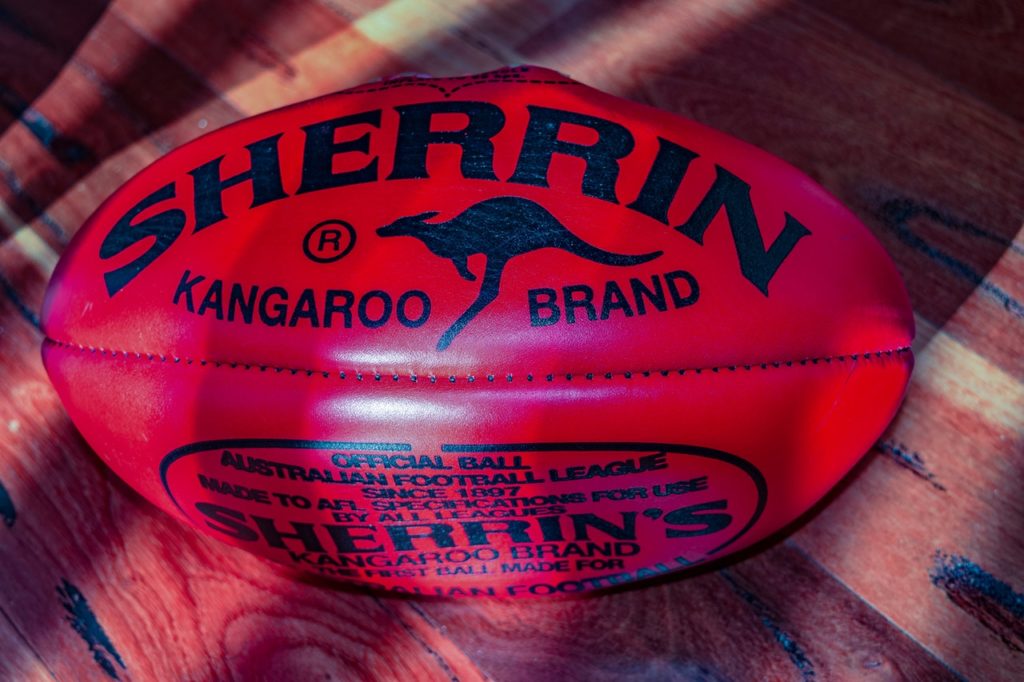 When it comes to the shape of the ball, at first glance it is identical to the one used for rugby. We say “identical,” but there is a slight difference in size at it is somewhat smaller in comparison to a standard rugby ball. This comes from the fact that an AFL ball is more round at the ends.

The rules of AFL are far too complicated to explain in detail but what is interesting is that, unlike American football, if a player gets tackled the ball is still “live.” Compared to rugby, the tackling is less intense, although there are major hits. After all, it is a full-contact sport.

We hope that by now you know a lot more about Australian football. You just have to lay back and wait for the next season of the Australian Football League to begin in March.