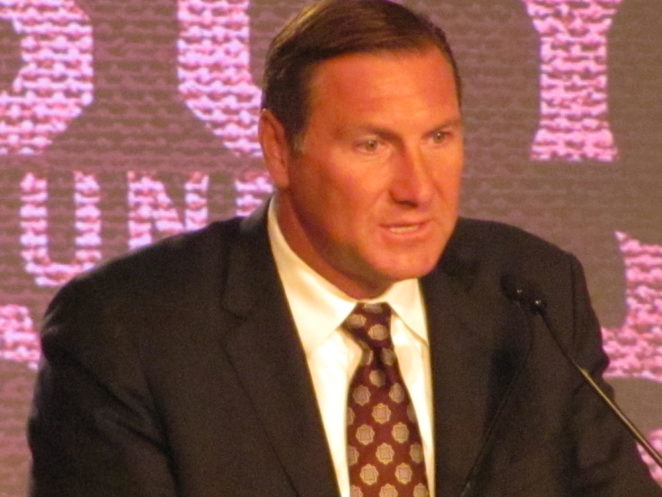 This time in a case of “You can home again.” Mississippi State University head coach Dan Mullen who coached the Bulldogs college football program has been hired by the University of Florida on Sunday to replace Jim McElwain who relieved on his duties as the head coach of the Gators football team due to having  a losing record and clashes with the Gator powers that be.

Randy Shannon replaced McElwain for the rest of the 2017 college football season in which the Gators went with one win and four losses which was not good enough to keep Shannon from becoming the head coach of the Gators football program in 2018.

Gators athletic director Scott Stricklin hired Mullen as the new head coach of the Gators for two reasons. They are that Mullen who worked as an offensive coordinator with the Gators from 2005-2008 was effective in getting the Gators offense to win two National Championships during his tenure.

The second reason is that Stricklin and Mullen have worked together in the past when Sticklin was the Athletic Director at Mississippi State from 2010-2016.

Mullen is looking forward to return to Gainesville Florida to revive the Gators football program back to championship form starting next year.