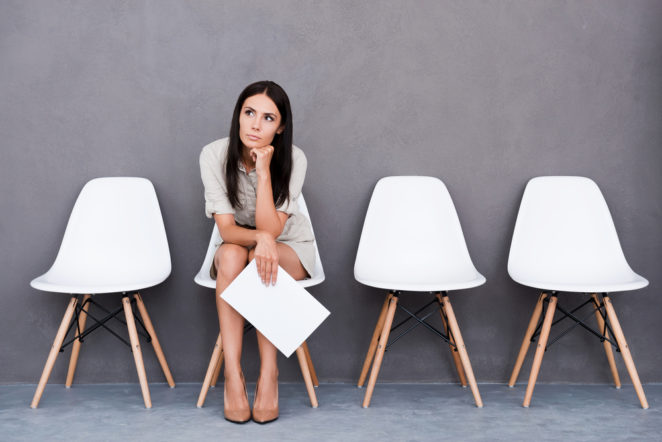 When you’re looking to land your dream job, the interview is arguably the most important stage of them all. Even if your resume and your cover letter are written by professionals from cv writing service, but it’s the interview that will determine whether you’re asked inside.

But at the same time, they’re far from easy, especially in the financial services industry where compliance and professionalism are all important. Employers put a huge amount of trust in their employees, but they need to earn that trust.

Even professionals and industry veterans are often afraid of job interviews, because nobody can ever know for sure what’s going to happen. Sometimes everything goes right but there’s just no connection. Sometimes everything goes wrong and it brings people closer together.The good news is that even though interviews are unpredictable, they’re not impossible to prepare for. We just often find that the best way to prepare is to focus on what not to do instead of trying to prepare for every eventuality.

So instead of worrying about what you need to do to impress your potential new boss in the interview, spend a little time thinking about what not to do. Don’t worry though, because you’re not alone. We’re about to share the research and the information you need to give yourself the best chance of success.

You’d be surprised at how often this one happens. Even when candidates go to bed early to try to get a good night’s sleep, they often toss and turn or sleep badly because they’re stressed about the meeting in the morning. Others stay up late trying to prepare as much as possible and end up exhausted by the time they walk into the interview.The important thing to remember is that when you’re in an interview situation, you’re constantly on display. If you yawn, shuffle around in your seat or fidget with a pen or a mobile phone, it all sends off negative signals to your potential employer and can even give them the impression that you don’t really want to be there. Practice self-awareness and self-control beforehand so that when you’re in the interview room, you can be aware of those urges and you can stop yourself from acting upon them.

Nobody is expecting you to know everything there is to know about their company when you show up for your first interview, but they will expect you have to carried out a little research into who they are and how they work. Read their mission statements and their FAQs and take a look at what they’re talking about on social networking sites. Even in the more heavily regulated financial industry, most companies have a LinkedIn page at the very least which will give you a good idea of what they’re passionate about.This tip also applies to your knowledge of the industry as a whole, as well as your expertise when it comes to the job that you’re applying for. Make sure that you’re up to date with the latest best practices and that you’re able to talk about them confidently and in the context of the company you’re applying to join. And if the worst comes to the worst and you’re asked a question that you can’t answer, be honest. Don’t try to make something up because you’ll get caught out.

This one’s pretty obvious, but it’s worth a quick reminder anyway. Make sure you’ve tested the route to the interview location beforehand by having a trial run, and leave early on the day of the interview so that you arrive in plenty of time. If there’s no way to avoid being late, let the hiring manager know as early as possible. But better still, just don’t be late.

Different workplaces have different rules when it comes to dress codes. Ask the hiring manager in advance what to wear and if you’re ever in doubt, err on the side of caution by dressing smart. Bear in mind that the financial industry dresses more conservatively than most, so what’s considered to be ‘smart casual’ may just be their code for not needing to wear a tie with the rest of your suit. If you’re in doubt, take a look around the company’s website and social networking profiles and see if you can find any photographs of their employees in the workplace. That should give you a good idea of what they consider to be appropriate.

Your interview is the place for you to make a solid impression, and giving vague answers to questions is a waste of an opportunity. Instead of being vague, be specific. If someone asks “what’s your greatest achievement?”, don’t say, “Bringing in a big client.” Say, “Bringing in a client that signed a three-year retainer worth over $2 million.” Adding those specifics is like taking a fire and pouring petrol on it – and hiring managers love it.When you’re answering questions, it’s also important to dwell on the positives. If you’re asked why you applied for the job, don’t say that you don’t like it at your current company – dwell on how the role could propel your career forwards and take you closer to what you want to be doing with your life. If you’re asked which stocks you’d invest in, don’t just say an industry – name specific companies within that industry and explain why you picked those instead of their competitors.

Some employers will give you a sample task that they’ll ask you to carry out. In situations like these, some people are tempted to power through it as quickly as possible, channeling their adrenaline into an attempt to show that they can get a lot done and meet a deadline ahead of time. Try to resist that temptation, or at the very least to temper it with some common sense.When people are up against a deadline, they tend not to check over their work before they hand it in. That’s how we end up with spelling mistakes and grammar fails in important documentation. This lack of attention to detail can be a warning sign to many employers, but it’s not the worst thing that could happen. If you rush to complete a sample task and don’t take the time to check over it, you might end up with something that doesn’t even make sense or which contains a vital flaw in logic and reasoning.

Remember that if you want to deliver a strong performance in your interview, you need to give a good impression. In many cases, giving that good impression comes down to not making mistakes as opposed to taking risks and ending up looking like an idiot when you say the wrong thing.Ultimately, for most people, the key is finding a balance. Of course you want to go out of your way to prepare for questions that might get asked and to take some time to research the company. That’s important. But it’s just as important to refresh your memory of what not to do so that you don’t end up falling into a common pitfall.With a little bit of effort and a lot of practice, there’s no reason why you can’t ace your interview and land the job role of your dreams. So what are you waiting for? Your future is in your hands.