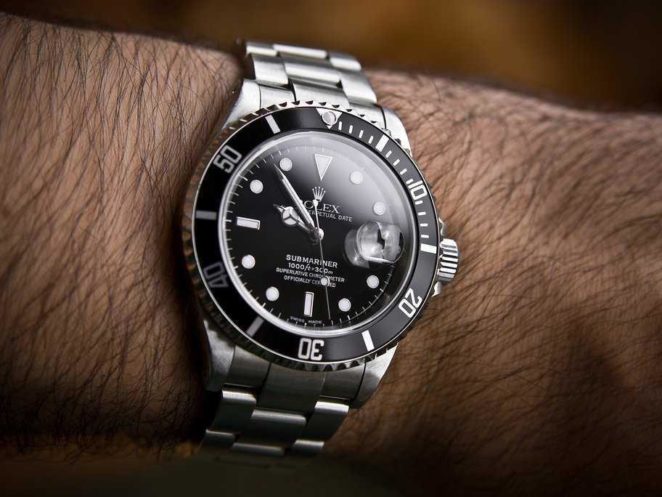 Those special days never to be forgotten

Anniversaries need to be celebrated because it rekindles the flames of a day gone by. Letting anniversaries fade away would leave you reminiscing a special day but with all the excitement lost without a smile on either faces. What better way than to gift your special man with something that he would cherish and wear it, where every beat of his heart is pulsating through. Love is all we have at the end of the day and it has to be cherished forever and only then would life fill itself for us.

We may not think the moment a day begins as to how special it would be one day in the future, but when we look back years hence it would bring joy to our hearts like none other. To share such a joy is what life is all about and when you do it would not only bring joy and happiness but a sense of relief that all is well just like how life should always be. To share togetherness and love exchanging gifts has been a perennial tradition. Gifts were exchanged, not only between those sharing love, but by many others who just wanted to show gratitude and a sense of happiness. When it comes to two people sharing love, the equation would change because it would have a special twist to it.

A gift to be remembered forever

Picking a gift for your man would not be such an arduous task, because getting him something that would track the beat of his heart through the pulse on his wrist would be sufficient cause to buy a watch for him. It would be something that he would slip through his folded palm and wrap around his wrist. If it is a watch with a real leather strap that you would select, again it would fit onto his wrist to keep him thinking of you every time he rushes for a meeting or any other chore.

A watch may be one of the few accessories your man might wear because men would generally wear little or less accessories compared to women. A watch would be the most appropriate and perfect gift for your man and something that he would always have around his wrist. Once you have decided on buying a watch for your anniversary to gift to your man you would need to decide what brand that you would buy.

The watch should take pride of place on his person and if it is one that carries a special place in history it would be great and he would have the impetus to wear it at all times. If it is watches there is no country of origin that would come to your mind that Switzerland. A watch with the proud words “Swiss Made” would be really special because the country has a rich history and tradition of making watches of extreme precision and which have created a special niche for them. The range of brands that would be available to you would be wide and varied but prices would be on a high but within a range across the divide.

Swiss watches don’t come cheap because they are not made to be so, carefully crafted to ensure it stands the test of time only the best materials would be picked to make them. No corners would be cut when a Swiss watch is to be turned out as it needs to have the right inputs if it is to be considered in a class of its own. Every Swiss watch made is thoroughly tested before it leaves the factory floor. Only the best precision guided watches would see the light of day in Switzerland before it would find its way anywhere else.

When trying to choose a Swiss watch to present your man the trickiest would be actually deciding on what brand and which model, that would stand as a challenge before you. The brands that you could choose would be quite a list with some of the best names in the watches industry before you. Each one of them is made with care and high class craftsmanship which would be masterpieces that would last a life time. Hence picking one would be a challenge.

There would be ample things in each brand that would tip the scales in its favor with the Rolex having the enviable position having commanded a price of US $ 17.75 million on October 26, 2017 for a watch owned by actor Paul Newman. Omega would have its own stories of glitz and glamor, Cartier would not be very far off with its own stories and likewise every brand has a rich history behind them. It is history that you would be buying when you pick a Swiss watch and that is ideal to go with an anniversary, because they would go hand in glove.

You would need to take your time and select the brand and model of watch that you would buy for your special man and when you do it would be the happiest moment. An anniversary gift is special in many ways and gifting one to your man on such a special occasion would be exhilarating without doubt. One of the best in the range and one that would have a special place in the heart of your man would be a Hublot Classic Fusion Swiss Made watch. It has great lines and the design is flawless and would look classy on your man’s wrist.

You could see for yourself how it is, if you would click on the link hublot classic fusion and read through for inspiration you would sure like this brand and model. It has been crafted for special occasions and you would be picking a great gift for the great man in your heart. Make your anniversary special by gifting your man a watch that he would always keep close to his heart.