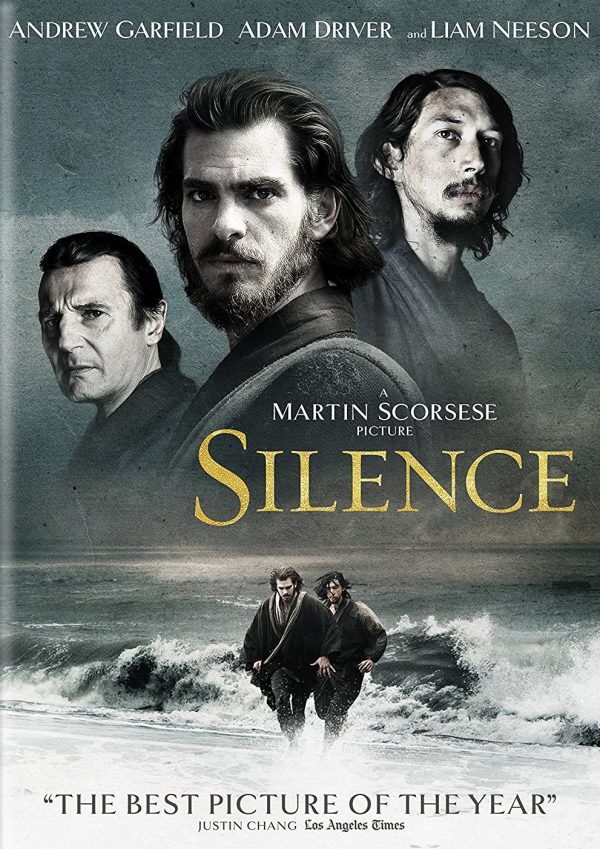 So, Silent, a film Martin Scorcese has been waiting to make for a long time, a script knocking around since before Gangs of New York and Silence his first writing credit since Casino (1995). Strong Christian religious themes tend to keep him interested, a film based on the true story of the demise of Jesuit pilgrim priests in 15th century Japan spreading the word of their particular God. The Japanese were not best pleased of the threat to Buddhism and sharpened their swords.

Scorcese likes a sprawling epic and this is one of those. I wouldn’t say its Oscar chasing as Scorcese tends to make movies he wants to make and how he wants to make them and it took him a bizarre 26 years to win an Oscar, an outrage, and that for the rather bland Departed, falling into that Academy category of we better give him one before it’s too late. How could he not win for Goodfellas and Raging Bull?? 12 Best Director Oscar nominations and just one win is the same amount of wins for Merisa Tomie for the My Cousin Vinny!

It stars Andrew ‘Spiderman’ Garfield, Adam Driver and Liam Neeson. The rather odd looking Driver is one of those actors that is starting to turn up in everything big even though he has not been around that long. Liam, of course, we don’t talk about these days after his bizarre confession on his love of black people.

Portuguese Jesuit priest Cristóvão Ferreira (Liam Neeson) is on a beach in 15th century Japan in despair with waves crashing around him, witnessing the torture and crucifixion of five missionaries by the Japanese authorities. If the priests renounce their Christian God they can go free. They don’t and perish. Ferreira is helpless to stop it and has to repent and reject his God to live. He does.

A few years later we are in the hallowed echoing corridors of St. Paul’s College, Macau, where an Italian Jesuit priest, Alessandro Valignano (Ciarán Hinds), finally receives that news of his friends and priests fete. In confounded disbelief, Ferreira’s Portuguese young pupils, Jesuit priests Sebastião Rodrigues (Andrew Garfield) and Francisco Garupe (Adam Driver), demand Valignano let them set off to find him and try and bring him home. It is agreed but if this fails then there will be no more Jesuit missions to Japan. 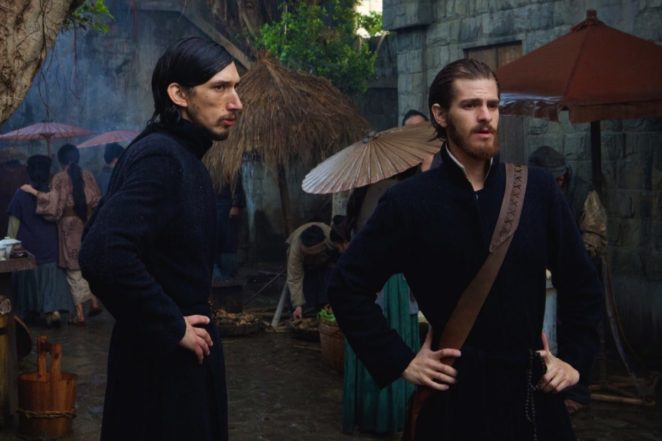 In China they befriend alcoholic Japanese fisherman Kichijiro (Yôsuke Kubozuka), who fled his land to save himself from the Japanese regime, agreeing to guide them there as he does long for home deep down. At night they slip into the shore near the village of Tomogi. The two priests are dismayed to find local Christian populations have been driven underground across the land in fear of a gruesome death if they don’t renounce Christianity. The priests are helped by the community but forced to live in hiding by day as they administer confession by night there.

Both priests are soon shocked when a samurai warrior and his men, searching for suspected Christians, whom the villagers refer to as the “Inquisitor,” arrives in the village on horseback and crucifies the villagers who he believes are Christians, tying them to wooden crosses by the ocean shore, where the tide eventually claims them and the bodies cremated to prevent a Christian burial. But the villagers do not give up the priests and two men see this as their calling to protect the village as they remain concealed. But they are no nearer in finding Father Ferreira.

Garupe decides to leave to protect the villagers as he knows their presence will bring back the shōgunate to terrorize the village. Rodrigues, on the other hand, cracks on to Gotō Island, the last place Ferreira lived, and finds it destroyed. He is beginning to struggle with his conscious over the suffering of the people the Jesuits have bought. But he is about to have his faith tested to the full when he meets the Inquisitor (Issei Ogata) face-to-face.

It’s a Scorcese film and he doesn’t make bad movies and so all perfectly fine. But not all of his films are great and more about the cinematography these days as they are increasingly immaculate, The Aviator and Hugo to the point of brashness. He has come along way from the rawness of Mean Streets. I don’t like his new movies as much.

Acting is strong from Garfield and Driver who do pathos and despair well and by all accounts they put the preparation in to work with the world’s best director, both losing serious weight.

It a sprawling Oscar length 2hrs 40 minutes but just the one cup of tea break needed. Marty keeps you interested and with all his main characters well rounded he is the complete film maker. I must admit I’m not a big fan of religious oldy wordy films so only go there when top directors.  Its cross between The Mission and those Samurai movies of old and the stunning scenery draws you in deeper into the torment.  It well worth a watch for the craft alone but not Scorcese’s best.