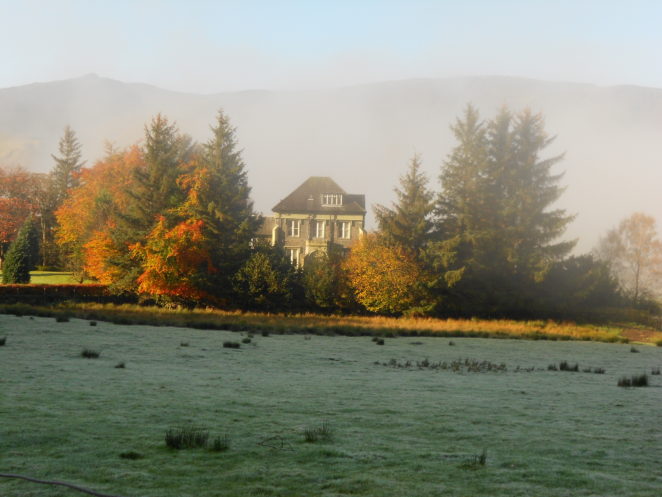 Zoe nodded and the woman assertively took her hand and led her down a path with blue lights. Zoe felt frightened. Whatever was going on, she found it hard to believe Frank was a part of this circus. They came to a large tent shape glass pod and stepped inside. It was quieter in there and to Zoe’s relief, Frank was sitting calmly on a black stool. There were two other stools next to him where Zoe and the woman sat down. Zoe was greeted by Frank with a tight hug, where he very discretely whispered “I’m so sorry” in her ear. When they sat back down, the black haired woman who introduced herself as Emma asked Frank to explain to Zoe what was going on.

“Well Zoe,” said Frank slowly, holding her hand in his, “You had the privilege to be one of the contestants on a show called “Creature.” Four children were selected, all of them were given a home each. None of you were allowed outside. The winner was to be whoever left the house last. It was always going to be tonight, thats how the show worked. Tonight the house was designed to frighten you out of your home.”

Zoe sat very still. “So there was no creature.”

“There was no creature,” he confirmed.

Zoe saw the television screen at the side zoom in on her reaction. On television she looked pale and timid. So unlike all the other actors she had seen. Emma leaned forward and spoke to Zoe in a sing song voice. “You did really well. You came in second place. That means you and your dad leave with a £50,000 prize. And because you were so brave for those exploration experiments,” there was a huge round of applause, “we are going to throw in a thousand pound voucher for any shop you choose.”

“What does the first prize get?” asked Zoe, unsure if she cared.

“The first prize is winner gets to keep their house,” said Frank with a sympathetic smile.

Zoe looked out the flashy glass room over to the house she had been raised in. One of the four mansions. It was now covered with photographers, presenters and broadcasters. All her life she had wondered what it would be like outside the house. This was not what she imagined. A sea of liars and sickly sweet characters. A world where her father was a trickster and not the loving man she had grown up with. She watched as Emma played a recording of Zoe’s childhood, from five years old until now. The audience vocally wowed and ahh-ed as Zoe was shown learning to read, escaping the monster prison in an experiment in the learning room and running to Frank after nightmares. She watched herself reading Harry Potter books with rosey cheeks and playing monopoly with Frank. But occasionally when Zoe was not looking, Frank would give a wink or a side glance to the camera.

Zoe let go of Frank’s hand, which until now she had held very tightly. She refused to look when he tried to make eye contact. Wherever she was going to sleep tonight, Zoe longed to retreat to a bedroom, to be alone once again.