Sabrimala,Kerla: Despite the Supreme Court’s order, women are not getting admission in Sabarimala temple of Kerala. Wearing a helmet between heavy security arrangements on Thursday, social worker Rehana Fatima  tried to enter the temple with a journalist woman. But due to the heavy opposition of the priests and protesters, both women had to return to the barracks after only 18 stairs away from the sanctum. After this incident, demonstrators have reached Rehana Fatima’s house and damaged and broke down her house unprecedentedly.

In the Sabarimala Temple of Kerala, the intransigence of women entering the age group of 10 to 50 years is going on. Even after the Supreme Court order, so far 10 to 50 year old women have not got the chance to enter Sabarimala temple for the visit of Lord Ayyappa.

Many women attempted to climb the Sabarimala Temple, then the protesters forced them to return. On Friday morning, a woman journalist from Hyderabad started climbing and the administration provided protection to this woman journalist. However, on Friday, devotees protesting the entry of girls and women of Mahavari age (AGE OF MENSURATION)at Lord Ayyappa Temple protested in many places. 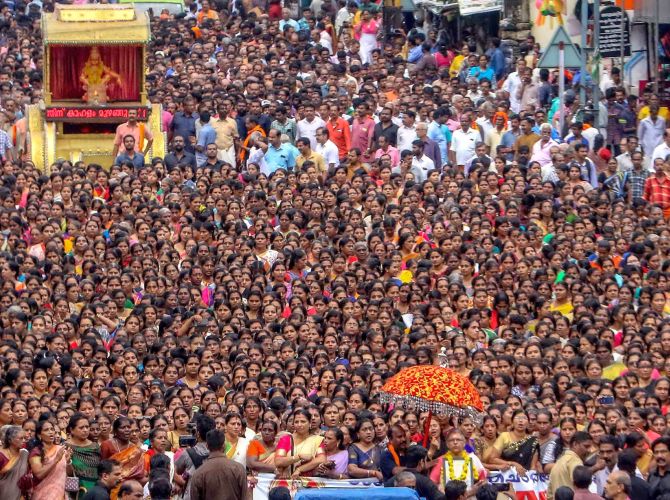 The chief priests of Sabarimala temple said – The temple will not stop, but women should not come here. Another woman named Mary Sweety also stopped the protesters from going to the temple.