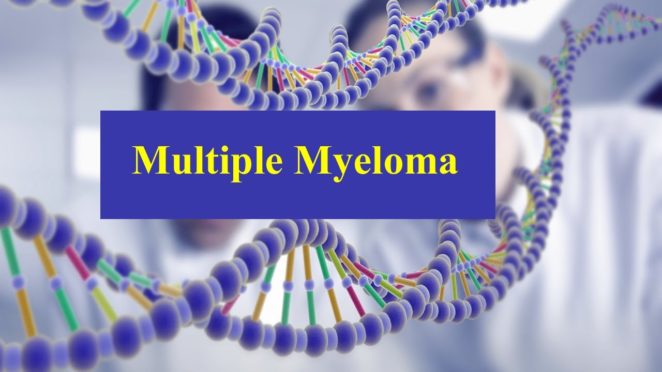 Any person at any age can be affected by different types of health issues, which if not detected and received proper and appropriate treatment can prove to be life threatening. One such disease is multiple myeloma that does need better understanding, so as to get timely treatment.

It is also called the Kahler’s disease. It is a type of cancer which involves production of antibodies and white blood cells. Since the abnormal cells gather in the bones, it results in the creation of lesions in the bones and within the bone marrow. The latter is known to create normal cells in the blood. It is still a mystery of what causes this disease. It is not a disease that spreads from one person to the other, but develops within, the cause of which is still unknown to the medical experts. It simply develops within the person’s system and will be detected only through the different symptoms that take place.

The other factor to consider about of this disease is that it affects people’s plasma cells, especially those in the age bracket of 60 – 70 years. It happens rarely to those below 30 years of age. Multiple myeloma affects females more than males. With cost of Multiple Myeloma in India being low, it is important for those facing some of its symptoms to get immediate consultation, diagnosing and treatment for the same. No disease should be left for a later stage treatment which will only diminish the chances of a faster recovery and may even lead to death.

Multiple myeloma is considered to be a disease that comes with different types of symptoms in the patient like pain experienced in the bones, especially at the ribs and back, extreme fatigue and weak, the bones of the spinal region getting broken, constant thirsty feeling, prone to getting infections resulting in frequent fevers, nausea, sudden loss of weight, frequent urination and constipation problems. However, there may also be other reasons for such symptoms to take place. It is only with proper diagnosis and series of tests recommended by the physician that will help to know in details, if the symptoms are related to multiple myeloma or not.

The patients are recommended with routine blood tests which include urine tests, creatinine tests, bone x-rays, biopsy or bone marrow aspiration. Through such tests, the physician will be able to state if the symptoms are due to multiple myeloma or connected with other diseases or infections. It is based upon such tests that a clear diagnosis is determined and treatment is started that are specific to the problem faced.

If diagnosed with multiple myeloma, then the patient is required to undergo proper and timely treatment and not allow it to move into the next stage. The medical specialist will recommend the most appropriate procedure to be provided to the patients, to help them survive from this cancer type. Stem cell transplant and therapies are considered to be the best treatment procedures recommended for treating multiple myeloma.

cost of Multiple Myeloma in India