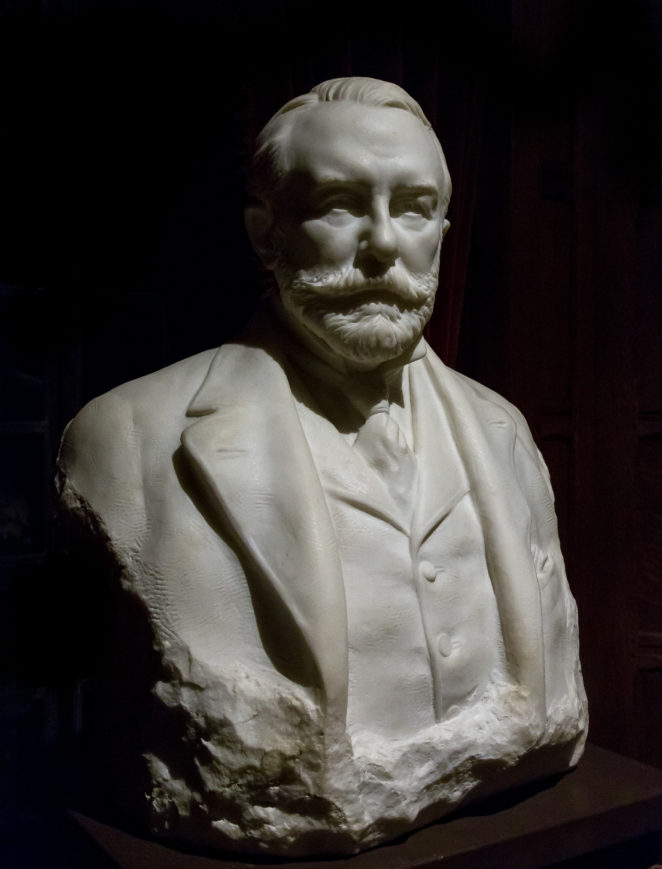 At the Frick Museum of Art at the Frick Estate in Pittsburgh, Pennsylvania there was a nice statue in white marble of Mr Henry Clay Frick. It made me want to understand more about what he had done. 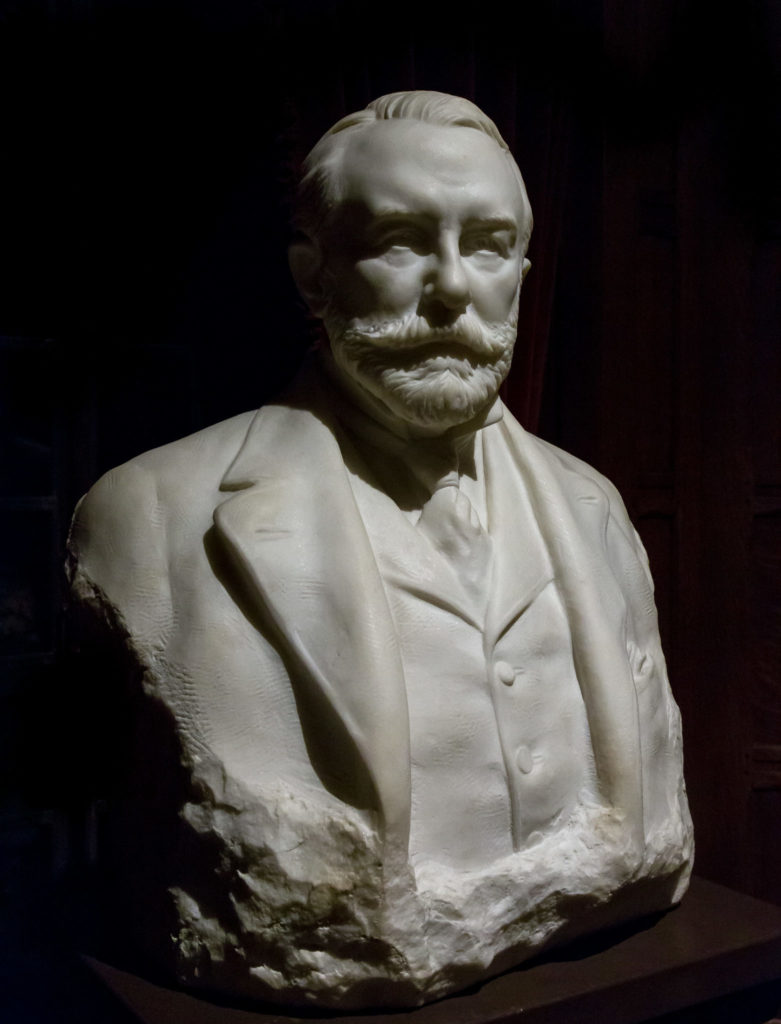 Henry Clay Frick was born in 1849 in Overton, Pennsylvania the son of a farmer. He married Elizabeth Overholt whose father was a wealthy man in Whiskey distilling. Mr Frick did not gain anything monetarily from his marriage and he vowed to be richer than his Father-In-Law by age 30. He was not content to be poor like his father. Henry Frick began to buy up cheap plots of land with coal on them and proceeded to make coke smelting furnaces. The coke he thought would be useful to the new and progressing Steel industry in Pittsburgh. He bought up more and more land and made more and more coke furnaces until he formed the Henry C. Frick Coke Company. This caught the eye of Andrew Carnegie and Frick started to produce all the coke for Carnegie’s steel company. By the age of 30 Henry Frick had amassed a fortune of $1 million which was twice the net worth of his Father-In-Law. He borrowed money from the banker Thomas Mellon and expanded his coke company and eventually became partners in Carnegie’s company running it so efficiently that Carnegie’s business went from $3.5 million to $21 million in 10 years under Frick. Frick bought the Duquesne Steel company and built the Union railroad to bring in coke to the steel plants and steel out to other cities. He bought iron ore reserves in Minnesota and became one of the biggest industrialists in the nation during the industrial revolution. He was a capitalist that helped form the city of Pittsburg and provided tens of thousands of jobs and homes to employees.

He had darker chapters when he squashed the forming union at one of his coke plants after Mr Carnegie told him to bust it any way he could. He hired Pinkerton men to come protect the scabs there to work in the plant when the union men struck and the union men fought and eventually over a dozen were killed on both sides. This was the Homestead incident and made Frick one of the most hated men in America at the time. I can see both sides of it and do not condemn him for protecting his company, nor the workers for protecting their families but violence was not the answer. After the riots, an anarchist came into Mr Frick’s office and shot him twice and then stabbed him. Mr Frick was still able to wrestle him down and have him arrested. Mr Frick continued his work and finished out the entire day even with his injuries.

Mr Frick sold out his interest in Carnegie’s company and made $31 million. He sold his interest in the company to J.P. Morgan and U.S.Steel and was chairman of the board on that corporation. In 1905 Henry Clay Frick moved from this mansion he had built in Pittsburg to a much larger mansion in New York City. This house housed his massive Art Collection. He may be reviled by some, but he was incredibly generous giving $117 million of his $142 million to philanthropic ventures. He gave his massive home and the entire Art Collection to NYC to become the Frick Museum of Art. There are at least 7 Art Museums in Pittsburgh that deal with his collection of Art and then there is the entire Frick Estate in Pittsburgh with its Automotive museum, Art Museum, Mansion and conservatory.