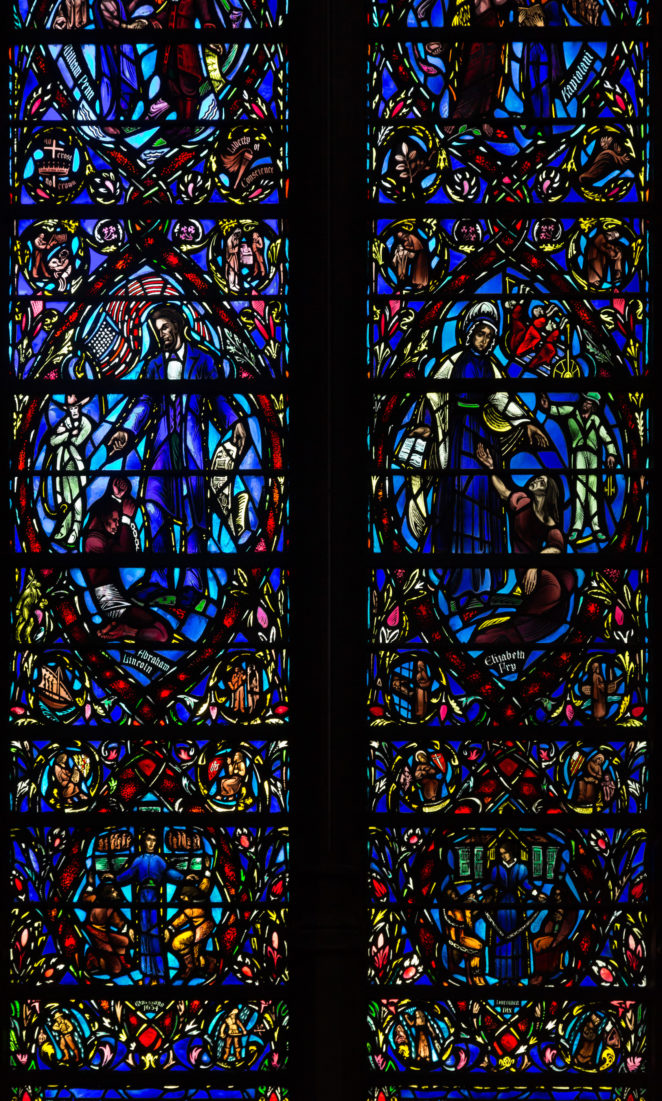 After walking the 2.2 miles across Pittsburgh, Pennsylvania to the Museum district, I arrived at the Heinz Memorial Chapel.  This is a nondenominational church that was built in 1938.  The super tall stained glass windows are the narrowest and tallest I have ever seen.  The hundreds of scenes depicted are mostly non religious like the one where the United States of America flag is above Abraham Lincoln. Way above were some religious scenes.