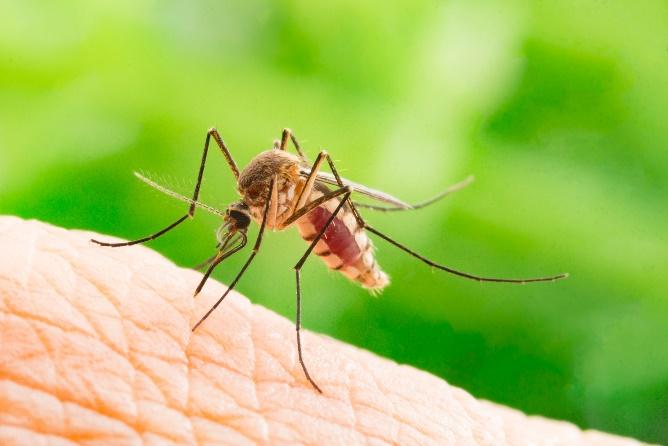 You already don’t want mosquitoes in your yard. They bite, causing unsightly red lumps and irritating itching for days or weeks, and their horrifying whine will drive anyone nuts. But, if those are the only reasons you don’t like the idea of mosquitoes hanging around your property, you have much to learn.

Because mosquitoes come into contact with blood, they are primary vectors for dozens of debilitating diseases. As a result, mosquitoes are some of the most dangerous animals on the planet – and they are breeding in your own backyard. If you don’t believe it yet, read on for some terrifying statistics about mosquitoes. Then, once you understand the threats mosquitoes pose, keep reading for ways to eliminate them from your yard – and maybe the world.

People kill people – gun-lover or not, most people can accept that. The Bill and Melinda Gates Foundation estimates that humans kill more than 475,000 of one another every year, which is an outstandingly large number. Yet, that hardly comes close to the number of people mosquitoes kill, let alone infect with debilitating disease. The World Health Organization estimates that the combined deaths from mosquito-borne malaria, dengue fever, yellow fever and Chagas disease number over 2.7 million. Every year, nearly 3 million people die because they received one small, itchy bite from an annoying bug.

The number of deaths pales in comparison to the number of infection cases. More than half of the world’s population of 7 billion is at risk of contracting any one of these deadly diseases from a mosquito, and hundreds of millions of people do. You or a member of your family could be one of them, even in America, so it is imperative that you use a mosquito service to purge your yard as soon as possible.

Mosquitoes Are Killing Animals, Too

If the millions of people suffering doesn’t pull at your heartstrings, perhaps this story will: Mosquitoes are putting many animal species at risk. Though few other animals are dying off by the millions thanks to mosquito-borne disease, they are suffering from exsanguination, or the loss of blood. Most notably, caribou in the Alaskan and Canadian tundra face vast swarms of mosquitoes in the warmer months – thanks largely to climate change and global warming – and researchers have found baby and even full-grown reindeer sucked dry. It’s possible that mosquito populations are having similar effects on other animals, which might be contributing to higher extinction rates of late.

Whenever a member of your family gets sick – even with just a head cold – activity in your home likely grinds to a halt. The same is true in workplaces: When one person is out of the office, everyone else works slower trying to make up for the lost worker. If you can imagine the hundreds of millions of people sick from mosquito-borne diseases failing to come into work, you can get an idea for how mosquitoes affect the global economy.

Though the figure is likely too large to calculate with any accuracy, productivity lost to mosquitoes is in the tens of billions. In Africa alone, where malaria has some of its highest infection rates, researchers estimate the productivity loss around $12 billion. In the U.S., West Nile Virus has cost the country more than $800 million in healthcare costs. It costs money to rid your yard of mosquitoes – but it costs literal millions more to allow them to flourish.

Mosquitoes are already remarkably strong for their size. One study found that a single mosquito can sustain between 3,000 to 4,000 dynes of force and continue moving through the air, which is akin to a person getting hit by a bus and still crossing the street. That’s why when you swat a mosquito, you might very well see it get up and fly away basically unharmed.

However, mosquitoes are even difficult to kill with targeted insecticide. Because insecticides have been used for years in mosquito-prone areas like South America and Africa, populations in those areas are becoming immune – meaning we might need to turn to deadlier methods of mosquito control, like DEET and DDT. According to Nature, the best strategy would likely be to eradicate mosquitoes entirely, as swiftly as we can.

If you thought you hated mosquitoes before, you should really hate them now. Use that loathing to fuel your energy as you drain standing water, spray safe insecticide, plant fragrant herbs and otherwise make your yard a mosquito-free zone.