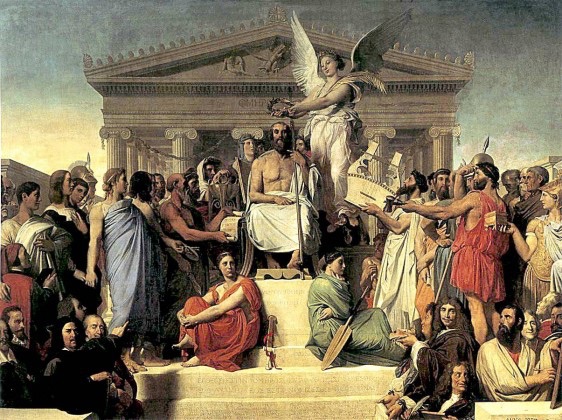 Here is a quick quiz based on Greek and Roman mythology. The Romans were a lazy lot in some respects, and they were quite happy to absorb the religion of ancient Greece rather than be too ambitious in developing their own. However, they tended to change the names of the Greek deities – a desperate attempt to avoid copyright infringement maybe ? (that’s a joke, by the way, just in case … never mind)

Each question is the name of a Greek god, goddess or hero/heroine. Which alternative answer is the Roman equivalent?