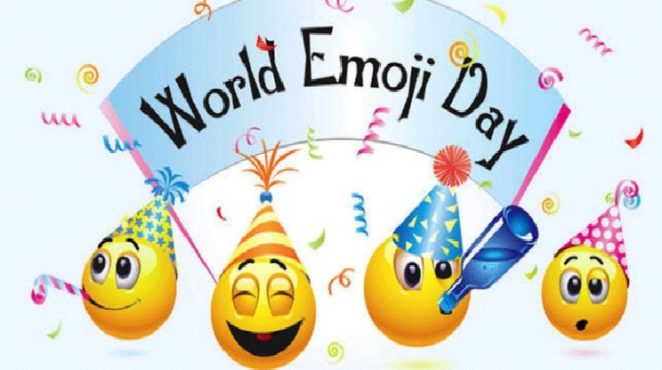 World wide variety of days are celebrated with loud and excitements and among those days today, one of the world’s most heartfelt celebrations were celebrated, which is called ‘World Emoji’s Day.

It is a non-official holiday celebrated on July 17, On this day, new emoji’s are presented and a regular events are held in this regard. Smart emotions have become part of the life of social media users in this smart age to express the laughter, joy, sadness and anger.

The Blogger Jeremy Burge in 2014 began to celebrate World Emoji’s Day. Today, emoji’s is used by chatting through Whats app, Facebook Messenger and other apps or adding special expressions to your writing.

These emoji’s appear yellow in social connections website, but now it has become more advance and  now animated emoji’s are also being used.

People celebrated World Emoji’s Day so hearty that on July 17, 2015 became the top trend on Twitter. Today, Apple and Google have announced to introduce brand new emoji’s characters at the end of the year and both of these companies will introduce about 60 new emoji’s.

A survey regarding the emoji day said,  that smile/lough emoji’s is on top like list and 2nd heart emoji. People say that they use Emoji so that their conversation is more heartfelt and interested and others can get their expression better.