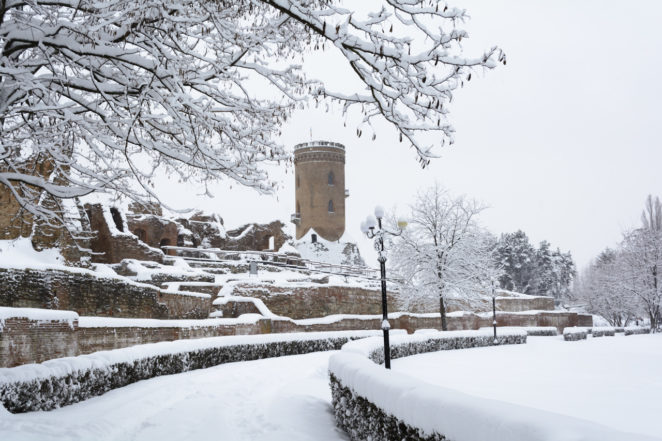 The heavy snowfall that began in November and lasted through March has become a memory. For several years, the city is becoming less and less covered by snow, and the phenomenon is showing signs of becoming chronic.

Here are two  photos: one taken several years ago when December was a white month,  another one taken yesterday, in the same place.!