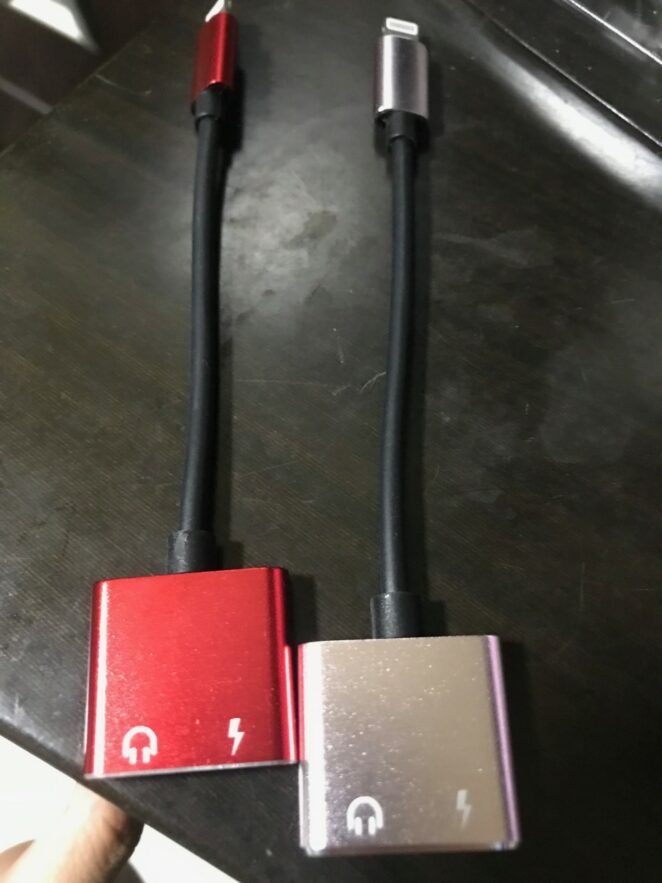 I’m using an iPhone 7… which means that I only have a lightning port which I’ve to choose to use for charging OR for music … else I’ve to get an adapter that would allow me to charge and listen to music at the same time.

I usually goes with the dual lightning port adapter because then I can have the option to use the inline-remote and make phone calls. Those adapter with a lightning port and a 3.5mm audio jack, usually are only capable of letting you listen to music and the remote and microphone on the earphone won’t work!

I was choosing over a cheap compatible one or a MFI “authentic” one … and after reading reviews, I decided to go for the cheaper choice as I’ve read reviews that even the MFI ones doesn’t last.

So I’ve gotten a bunch of these adapters … some lasted few months, some few weeks, some just days … -_- It’s either it stopping working totally or one of the function (usually the audio) stop functioning and you end up “blasting” your music accidentally.

I really wonder, why they just couldn’t last? Even the MFI one didn’t survive over 6 months according to some reviews!