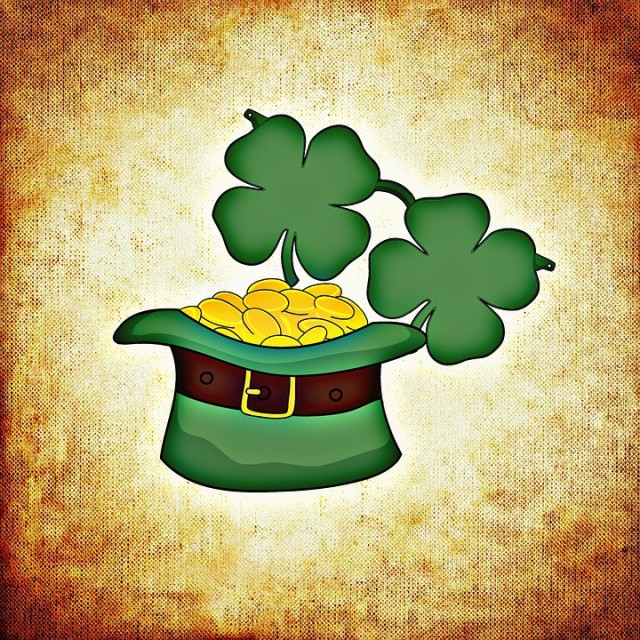 There are several legends, myths, or fairy tales about leprechauns.  But the story that almost everybody knows is the one about catching these wicked tricky little guys and forcing them to give you their pot of gold which is at the end of the rainbow.  The tale is supposedly a warning against greed or being greedy that clearly … everybody ignores!

Many people call Facebook “Facebookistan” because it’s like a whole other country in and of itself and should have its own flag. But you know? So is Google! The corporation is really woven into the fabric of our world. People diss capitalism in favor of socialism, communism, or other forms of government where they believe that wealth among citizens will be equitably apportioned.

QUESTION:  Would Google and Facebook even exists if it weren’t for the entrepreneurial spirit nurtured by capitalism?

ANSWER:  NOT ALL capitalists are wicked overlord imperialist dogs.

Also, I never really bought into that claim that 99% of the population are poor folks; and all the riches and wealth belong to only “The One Percent” of the citizenry in the USA, which is a capitalist country.  Please!  Every country, no matter what type of government or economy is in place, has The 3-Tier system.

Tier1: Wealthy people on the top.

Tier 2: Poor people on the bottom.

Tier 3:  Folks who are managing to get by on what they make with a little bit extra to spend for “wants”.

You know it’s true!  Neither the French Revolution or the Communists got rid of the bourgeoisie.  A word like “oligarch” is not an archaic expression.  It is a word in our current vocabulary that is applicable to certain people TODAY!

Greedy people know no boundary lines and have no respect for any form of government. If they can find a way to exploit and access ill-gotten gain, it doesn’t matter what kind of economic system is in place in any country.

I truly believe that capitalism adds value to any society or nation because people have more freedom to use their talents, skills, and abilities and turn their work efforts into “pots of gold” which can be further translated into philanthropy, humanitarianism, or charity.

Why can’t we all be given the opportunity to use our God-given gifts and talents, to aspire to color our own rainbows, and to create our own pots of gold?   It’s a very reasonable question.

We will always have greedy people in this world.  But leprechauns do not exist in this world and we don’t need them even if they did!  We have capitalism!

P.S. For the record, for all you leprechaun-lovers out there, I am NOT hating on leprechauns.  But let’s be clear.  Leprechauns (nor the tooth fairy, for that matter) do NOT lead to an increase in individual wealth.

Facts about Leprechauns and Where the Legends Really Came From. ”IrishCentral.com, 23 June 2017, www.irishcentral.com/culture/entertainment/top-ten-facts-about-leprechauns-and-where-the-legends-really-came-from-212728761-237598771.