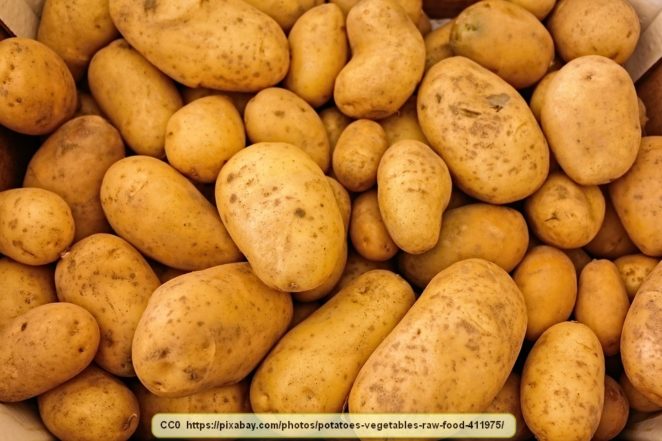 Potatoes are a staple crop that is grown in many areas of the world. Thousands of tons of potatoes are sold in stores every year. Yet many people are a bit confused when it comes to the grading of potatoes.

Quite often, potatoes at a store are labeled either Number 1 or Number 2 potatoes. Contrary to popular thought, this has nothing to do with size. The difference between number 1 and number 2 potatoes is one of quality. Number 1 potatoes should be relatively free of blemishes, bad spots, and uneven growth. They are higher quality potatoes than number twos.

The other size grading is simpler, but not as accurate. That is grade A, grade B, grade C, premium, and jumbo. Again, this isn’t often indicated when you buy potatoes in a store, but the difference is in the diameter of the potatoes.

At one time, I worked on a potato bulker. A potato bulker is a machine that ‘scoops’ up potatoes and runs them by a conveyer belt past workers who remove dirt clods, bad potatoes, those that are too big, or those that are misshapen. Typically, there are 4-6 people working on the bulker and this was what I did.

Normally, the ‘bad’ potatoes are literally thrown away…tossed off the bulker. During that work, one of the potatoes that went past me was a huge one. Rather than throw it away, I put it down at my feet so I could later take it home. (The potato farmer gave potatoes to his workers, so this wasn’t theft.) When I got home, I weighed that one potato and it tipped the scale at over 6 pounds. It was over a foot in diameter.

In this case, the potato would have been considered to be a “reject”. It wouldn’t have passed either a quality or size grade. It tasted great, though.