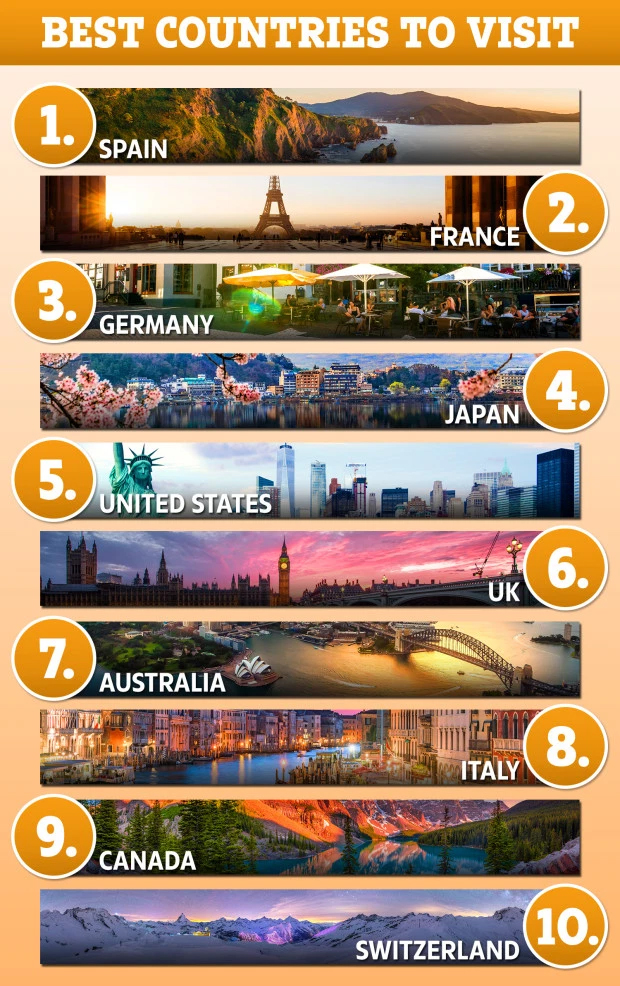 The World Economic Forum ranked 140 beautiful places for travel and tourism, In which  Spain ranked first. According to the World Economic Forum, flight attendance, value of currency and travel safety are taken into account in all countries around the world, Spain securing the first position for the third time.