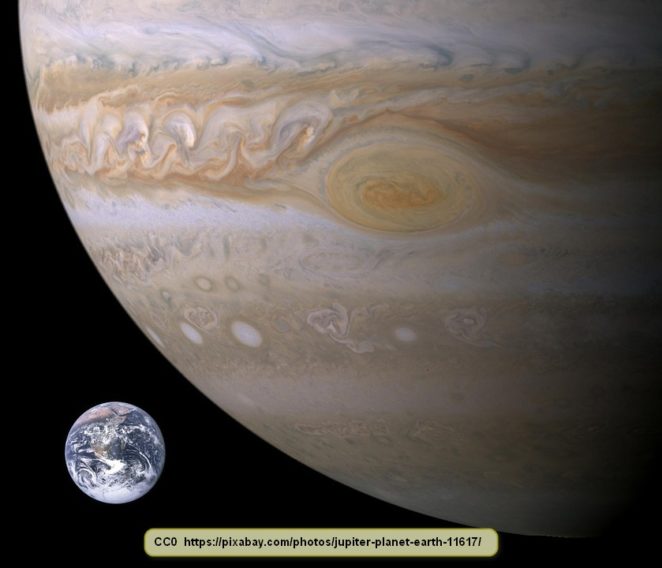 Hydrogen is easily the most abundant element we know of in the universe. If it wasn’t for hydrogen and the properties it has, there would be no water and human and other life, as we know it, couldn’t exist. However, hydrogen is interesting, too.

Hydrogen is the simplest element, having a single electron and a single proton. It is also the lightest element. Our sun is made up almost entirely of ionized hydrogen. The planets, Jupiter, Saturn, Uranus, and Neptune, though far larger than the earth, are made mostly of hydrogen. In fact, if a large enough pool of water could be found and Saturn was put in that pool, it would float.

Lots of people know these facts and it isn’t uncommon for them to be taught in school. It becomes very interesting when hydrogen is compressed, though, as it does in the gas giant planets just mentioned. Jupiter is representative since it is so large and has such a strong gravitational pull.

When hydrogen is compressed, it first changes from an ultra-light gas to a liquid. On Earth, we produce liquid hydrogen by lowering the temperature of hydrogen to -423 F (-253 C), but on Jupiter, the intense pressure forms hydrogen without super-cooling it.

Jupiter has a diameter of over 11 times the diameter of Earth and more than 1,200 earths would fit inside of Jupiter, so even though Jupiter is mostly hydrogen, the gravitational pull is intense; well over 1,000 times stronger at the ‘surface’ than on the surface of the earth. Note that there isn’t actually a surface on Jupiter, per se, but it could be referred to as the ‘cloud tops’. Still, that is an enormous amount of pressure and the pressure increases, the farther toward the center that we go.

So Jupiter has an atmosphere of mostly gaseous hydrogen. Under that is a vast and deep ocean of mostly liquid hydrogen, with the pressure getting stronger closer to the center of the planet. Then an extremely interesting thing happens. The pressure becomes so great that the liquid hydrogen becomes metallic hydrogen. This is still hydrogen, but it has properties of a metal. In particular, it is a super-conductor of electricity.

It is believed that because of the difference in the speed of its spin, electricity is produced, accounting for Jupiter’s enormous magnetic field. As with earth’s much weaker magnetic field, the solar wind forces it into a sideways teardrop shape, but the magnetic field on Jupiter is so great that the ‘tail’ of the magnetic field extends beyond the orbit of Saturn.

This is extraordinary. To grasp what this means, the orbit of the earth is about 93 million miles from the sun, on average. The distance between the orbits of Jupiter and Saturn is about 404 million miles, over four times our average distance from the sun. Yet the teardrop tail of Jupiter’s magnetic field extends farther than that distance!