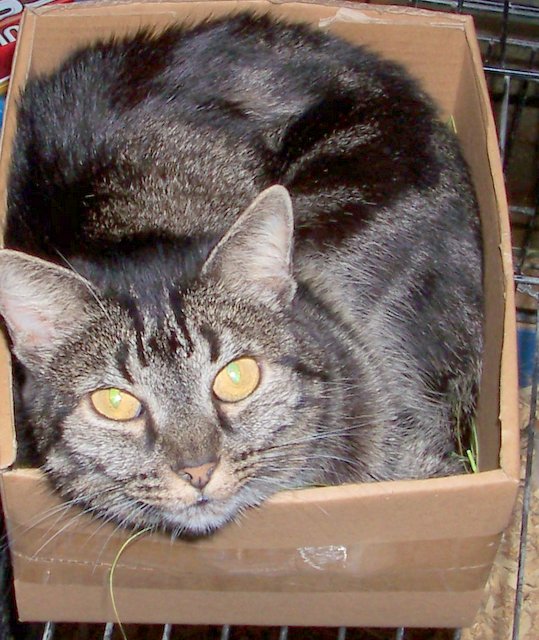 I love cats. That isn’t surprising to anyone who knows me because I love most animals. However, our cats have certain traits that amuse and sometimes baffle me. One has to do with the kitty litter boxes.

Actually, talking about cats and boxes of any sort is appropriate, since out of well over 100 cats we’ve had over the years, there hasn’t been a single one that hasn’t totally adored boxes. They especially seem to love boxes that are too small for them to fit into and they proceed to promptly prove that they really can fit into them, though they can’t move much when they do.

Even the big cats like lions, tigers, and leopards love boxes, though the boxes obviously need to be far larger than those used by housecats. Still, if we get something in a box and put the empty box on the living room floor, it normally doesn’t take longer than a minute before one of our cats is inside of the box.

However, I’m actually talking about the containers that kitty litter is put into, so the cats can go potty. I’ve noticed that no matter how clean we keep those cat boxes, whenever the litter is totally changed, it is as if the cats not only have radar and know that the litter box has been changed, but they also seem to have a silent bet in regard to which one of them can use it first.

We have four litter boxes and I have litter-ally seen the cats go from one to the next, using each, after we’ve changed the litter. I just changed a litter box in the bathroom to my study. There were no cats in the room at the time and I made no noise when I did it. It took 1 minute 14 seconds before one of the cats from the other room was in that cat box, using it.