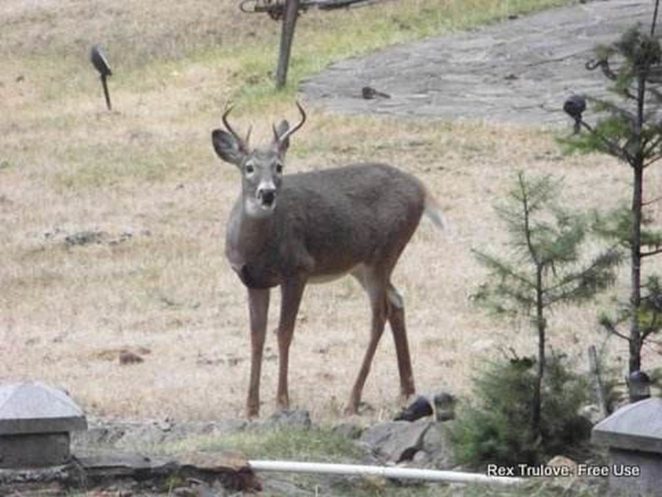 If you ask most people what happens when an average car, traveling at 70 mph, hits a 200-pound deer, though the answers may be variable, most will agree that the deer loses. Normally, I’m not one to figure it out any further, though I might point out that it doesn’t do a great deal of good for the occupants of the car, either.

However, today my mind is in a calculation mode, for whatever reason, so I actually figured out what the force of that impact would be. Force is normally measured in Newtons, which can be converted to foot-pounds of force. Foot-pounds is a little easier to grasp for most people. A foot-pound is the energy transferred by one pound displacing an object one foot.

I’m trying to keep this as non-technical as possible while being accurate. It might be helpful to explain that it takes about 4,000 Newtons or about 2,950 foot-pounds to break a typical human leg bone.

An average car weighs about 4,850 pounds. If it is traveling 70 mph, it is moving a little over 31 meters per second (force calculations are done using the metric system, so the conversion is necessary.)

This means that the force involved in hitting a deer in a car moving at 70 mph, assuming that the impact is head-on, is 137,676 Newtons or about 101,544 foot-pounds. That is nearly 35 times the amount of force needed to break a human leg bone.

Such a collision could be expected to break every bone in the deer’s body and rupture every internal organ, which takes less force to rupture than a bone does to break. Again, it isn’t just the deer. The force is generated in both directions, so anyone in the car is almost certainly going to suffer broken bones and injuries to vital organs. In fact, this force greatly exceeds the strength of the metals that most cars are made of, so the vehicle is likely to be crumpled and the force is enough to displace the engine, pushing it back into the front seat of the car.

This isn’t meant to be gloomy. It is merely realistic and there is a message to all of this. Such accidents do happen, but not all of them are head-on, so the force is lessened if it is a glancing blow. The speed limit in Montana, and in some other places, is also 70 mph on many of the highways.

The message is that drivers need to stay alert at all times, particularly at high speeds. If deer are present, slow down. It is far better to avoid a collision than to find out firsthand what this amount of force will do to the deer, the car, and the occupants of the car. Slowing down gives you additional time to react.