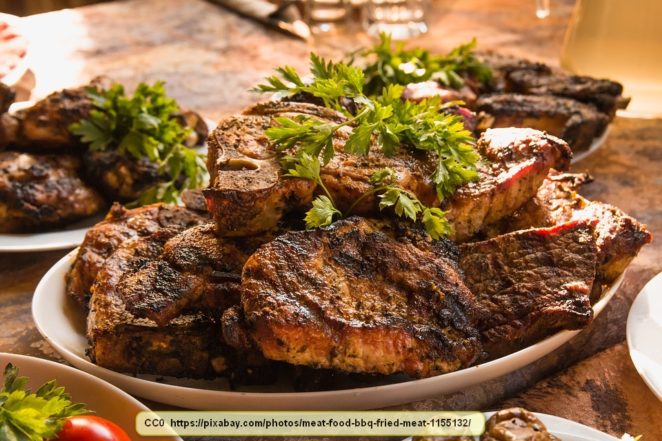 Both vegans and meat-eaters have things in support of their choice. Eating meat is both healthy and unhealthy, in different ways. Both involve the death of huge numbers of animals. This is true even though more animals die from the commercial production of vegetables than those that are slaughtered for meat.

Both sides of the argument have even manipulated statistics to support their point, in terms of the extremists. Extremist vegans like to point out that there are a lot more vegans now than there were even 50 years ago. Extremist meat-eaters can make the same claim. That is possible because the world population has exploded at a faster rate than the increase of either extremist camp. The percentage of vegans to meat-eaters has stayed relatively constant. In fact, as one would expect, the number of animals that are raised for meat has been continually increasing.

Occasionally I field a question about “beyond meat”, “impossible burger”, or similar vegan meat imitations. These are usually along the lines of, “Do you think Beyond Meat will force the meat industry out of business?” That might be hopeful to extremist vegans, but most meat-eaters are pretty aware of the issues with this.

Even if all five of these serious issues were resolved, and so far, there is no indication that any of them will be solved in at least the next several decades, there is the matter of demand. Plant-based fake meat can’t even begin to take the place of real meat until the demand for fake meat is high among meat-eaters. So far, nearly all of the people who have or will eat artificial meat are vegans. These are the people who don’t eat meat anyway.

These aren’t the people who would need to be convinced to eat the fake meat in order for meat to stop being eaten. The extremist vegans don’t seem to understand this. As long as there is a big demand for meat, there will be producers of meat to fill that demand.

As it stands, the meat industry is in no danger at all, and probably won’t be for at least 50-200 years. Too many people won’t or can’t eat artificial meat products.

Personally, I don’t begrudge a person for anything they want to eat. However, I have no desire to replace the meat I eat for plant-based artificial meat. I’m too concerned with my health to do that and I happen to like eating what I eat.