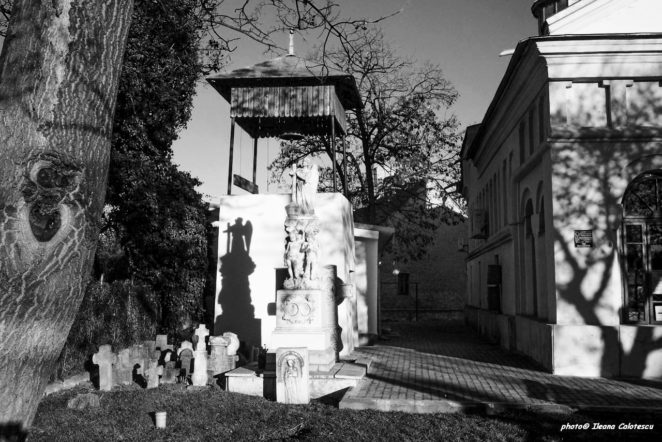 Not far from my house is one of the oldest churches in town, “The Church of the Wood”. Its name comes from the fact that it is a church with a wooden structure. The church preserves special art monuments, including the funeral monument with angels, whose shadow is seen in this photo.

The funeral monument with angels was made in the middle of the 20th century.

What are the angels? An angel is generally a supernatural being found in various religions and mythologies. In Christian artwork angels are usually depicted as having the shape of human beings of extraordinary beauty, with bird wings.

According to the beliefs of our entire nation, the angels are constantly multiplying because little children who die immediately after baptism and those who are not seven years old become angels who will stand by God, serving or praying for the souls of their parents.