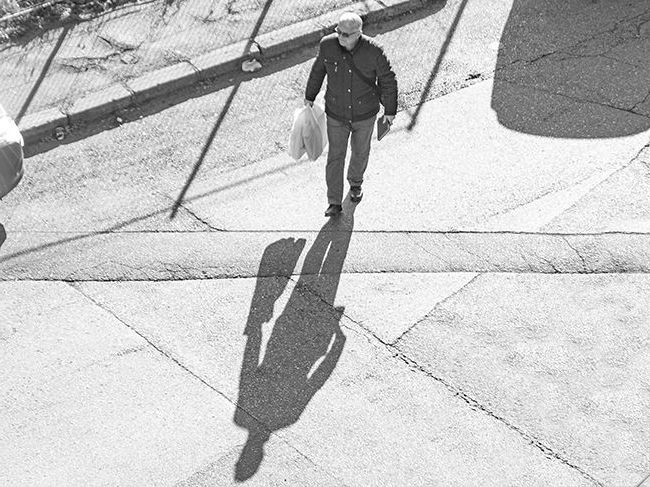 Wednesday Shadows – A shadow on the street

I showed you a shadow  of a man  crossing my street. While I was editing the photo, I was wondering if we can say if a person is young or old just looking at his shadow? I hoped that through the answers I will receive to the question I asked in that post I will clarify in this regard. My question did not arouse much interest. Only Carol, Doc and Lado gave  me an answer. Well! From these three answers I realized that it is not possible to tell if a shadow belongs to a young man, an old man or a child! They all replied that it was the shadow of a young man. As you can see in the photo it is the shadow of an old man!

“Looks sure can be deceiving: not every ‘ugly’ person is a ‘bad’ person (or is guilty of whatever it is that they are accused of).”― Mokokoma Mokhonoana