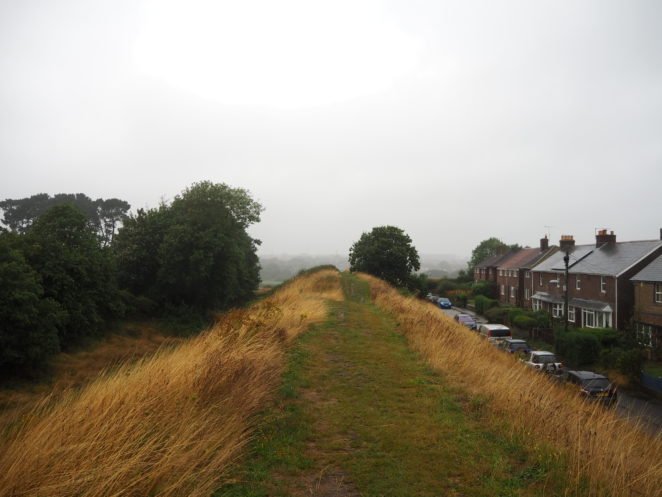 They may not look all that impressive today, but there was a time, more than 1,000 years ago, when this grassy bank tried to keep England safe from a Danish invasion.

During the 9th century King Alfred established a number of towns in his Kingdom of Wessex that were known as burghs. This is one of them, Wareham, which is now in the county of Dorset.

The walls were once higher than this and would have had a wooden stockade on top. They surrounded the town on three sides, with the River Frome defending the town on the south side. It is now possible to walk the whole length of the walls – it doesn’t take long!

Even today, the vast majority of the town’s buildings are inside the walls.

Did the walls do their job? Up to a point! The Danes did take the town at one time, but Alfred was able to reconquer Wareham later on.