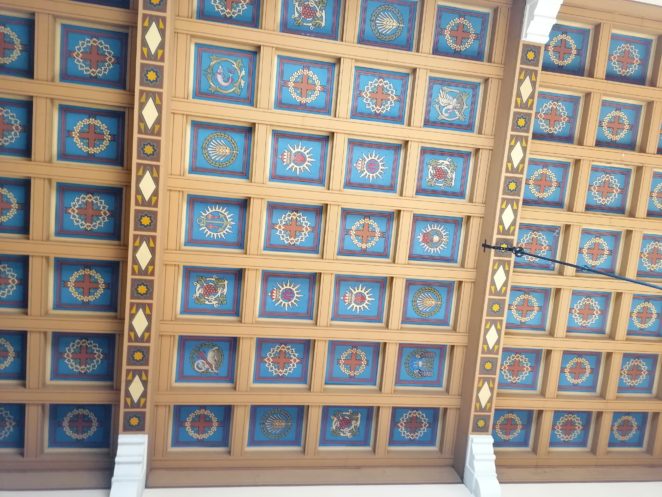 After a long time, I decided to show something unusual again. If I were to ask you what the picture shows, I think you would have a little trouble answering. I was very surprised by this look. This is the ceiling of the church I visited. I have seen many churches before, but for the first time, I have seen such a ceiling.  I would expect some ceiling frescoes. The church was first mentioned in 1200. It was almost completely demolished during the First World War. The present neo-Romanesque building was completed in 1929.