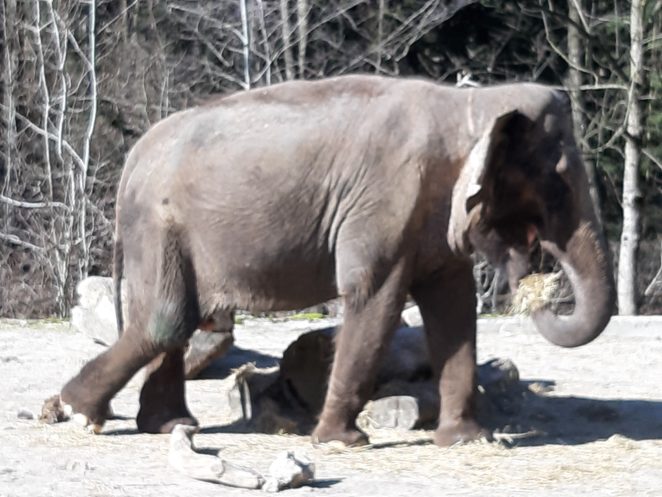 They also have an African elephant in the Ljubljana Zoo. The animals are a family of animals in the category of mammals of mammals. The elephant family includes three living species threatened with extinction: the African elephant, the African savannah elephant and the Asian elephant (also known as the Indian elephant). Other species of elephants have allegedly been extinct until the last ice age. Elephants are herbivorous animals, the bulk of their diet represents the surrounding flora. They harvest food with a handle and take it to the muzzle. Their second pair of incisors is much larger than other teeth. This pair of teeth, eyebrows, elephants is used for digging and moving obstacles. Elephants mate for the first time at the age of approximately 14 to 15 years. After 22 months, a single puppy comes into the world. It measures in an upright posture about 85 centimeters and weighs about 120 kilograms. The baby is breastfed for at least two years, and sometimes also a lot longer. The female feeds usually every four years for one puppy, so it is usually surrounded by two cubs at the same time.