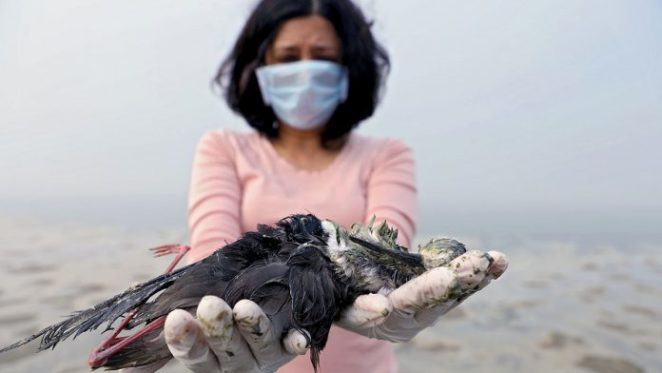 17000 migratory birds found dead in the Sambhar Lake of Rajasthan, India.  Devastating when these poor innocent birds migrate to avoid winter and death awaits them here

Research is on and Botulism is what is suspected.  This is caused by the bacteria Clostridium botulinum.  Botulism leads to paralysis.  Retrievers did say some birds were found alive in the water but they could not move.

It is also suspected that the water could be the culprit and illegal salt mining could have led to this.

This disease is not restricted to  birds alone but human beings are also susceptble to it specially eating contaminated food.