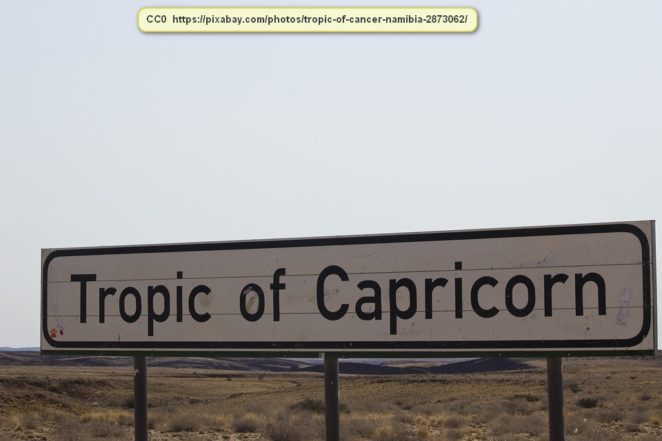 It isn’t difficult at all to understand what is meant by the tropics. However, many people, including those who live there, don’t actually understand the term.

The confusion is understandable in that the word is quite often used in conjunction with climatic conditions. Thus, people might talk about tropical regions, tropical storms, tropical and semi-tropical plants that can be grown in some places. However, the word doesn’t directly have to do with temperature or humidity. It is actually a consequence of being in the tropics rather than a cause of the tropics.

The tropics are located between the Tropic of Cancer and the Tropic of Capricorn. As it happens, this band that runs all the way around the earth and includes the equator is an area that coincides with fairly constant warm temperatures and high humidity, normally. The temperature seldom varies more than 10-15 F in this area. However, the climatic conditions are defined by the tropics, not the other way around.

As a point of trivia, the Arctic Circle and Antarctic Circle are also defined by this same angle, for the same reason; the tilt of the earth. So from the north pole to an imaginary line that circles the globe at 23°26′12.3″ south of the north pole, the area is known as the Arctic Circle. The south pole to a line 23°26′12.3″ north of the south pole is the Antarctic Circle. In these areas, the sun never fully rises in the wintertime and it never fully sets in the summertime, due to the earth’s tilt.

Incidentally, in some places in the tropics, there are deserts, as can be seen in the picture that was taken in Namibia in Africa, on the southern tropic. Thus, any plant that is growing in the area of this picture is, by definition, a tropical plant.