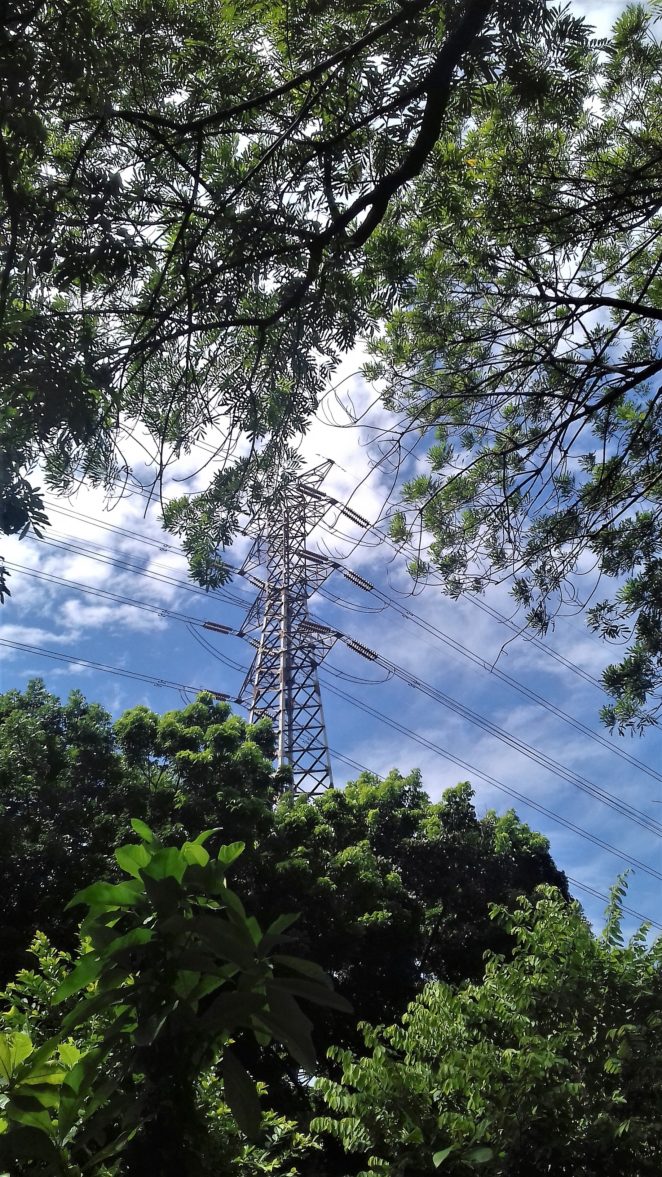 Still using the stock of photos that I took at my father’s cemetery a few days before new year, I posted one more for the Nature Tuesday challenge this time.

The Kalibata National Heroes Cemetery – Jakarta consists of several main blocks which divided based on religions. The main blocks are also divided into several sub-blocks based on the funeral year and the width of the sub-blocks themselves. In general, every sub-block has around 150 tombs and each sub-block is surrounded by rows of large trees of various types as well as paths that are provided for the pilgrims’ passing.

The grave of my father is located in a sub-block located in the left rear part of the cemetery. Not far from the sub-block stands a dividing wall of the tomb area with the outside environment around it. The high wall stands on the side of the path I mentioned above. It was at the edge of the path near the wall that I took this picture. Under the shade of large trees, out there looks a towering electric transmission tower that is also surrounded by trees.

Under the blue sky at that time, without an umbrella or outside the shade of a tree, the hot sun was quite stinging on the skin.