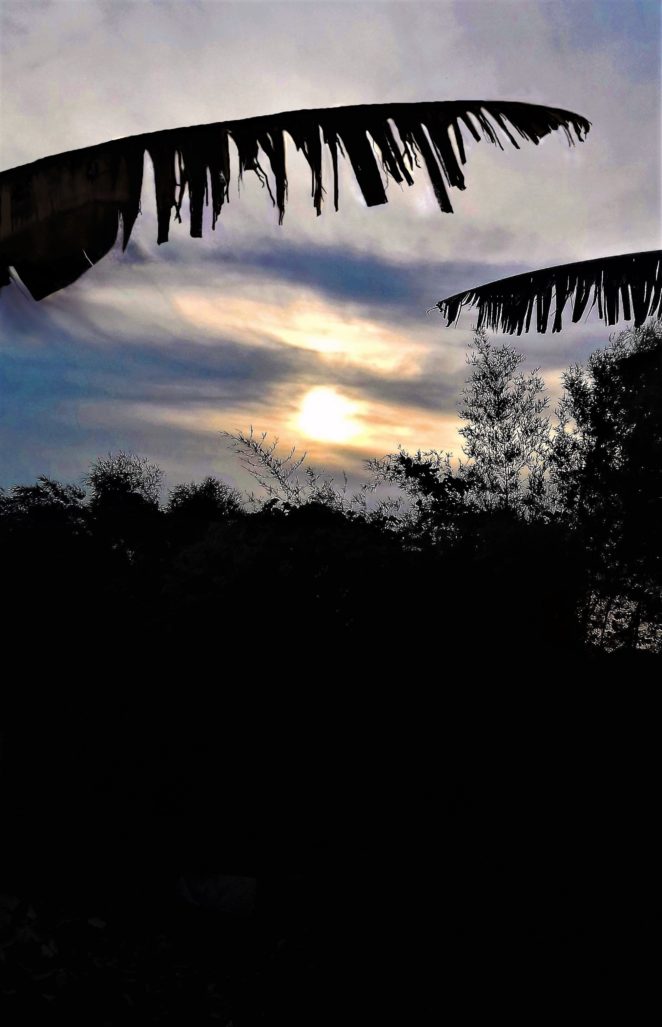 In a silhouette image, both the black and the bright part, both are subjects that we know, especially the dark parts which are generally closer and easier to reach than the bright subjects. The dark part is actually a part that is closer to our daily lives which for a while does not get the reflection of light as the subject of its background receives.

How would you behave if when the dark part that usually we always know well gets enough light again but in a sudden, we no longer know, recognize, or understand it as before even though it still looks the same?  How do you feel if the whole understanding of our daily lives suddenly changes in essence and meaning? Or even if it is not a change but merely shows the authenticity of the pure reality of its existence?

For hours I’ve sat in front of the computer trying to write something that could not be explained by words because none of the languages could mention something that languages did not recognize. I admit that I can’t do it, therefore, you don’t even need to consider this writing as a serious thing and may ignore it as something insignificant that is not even more beautiful than the chirping of a sparrow. Or consider this is just empty words to accompany the silhouette image.