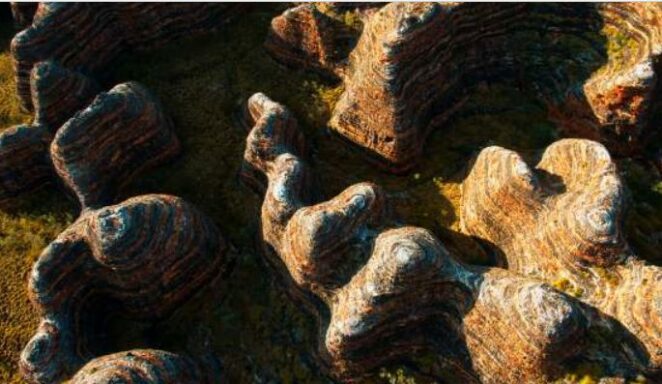 They are a weird but naturally occurring oddity, going by another name also, called the Bungle Bungle’s, or banded iron formations, (B.I.F.’s), a range found in Kimberley, Australia, which is situated in the Purnululu National Park. The formations feature grey and orange stripes and only became known worldwide in 1982.