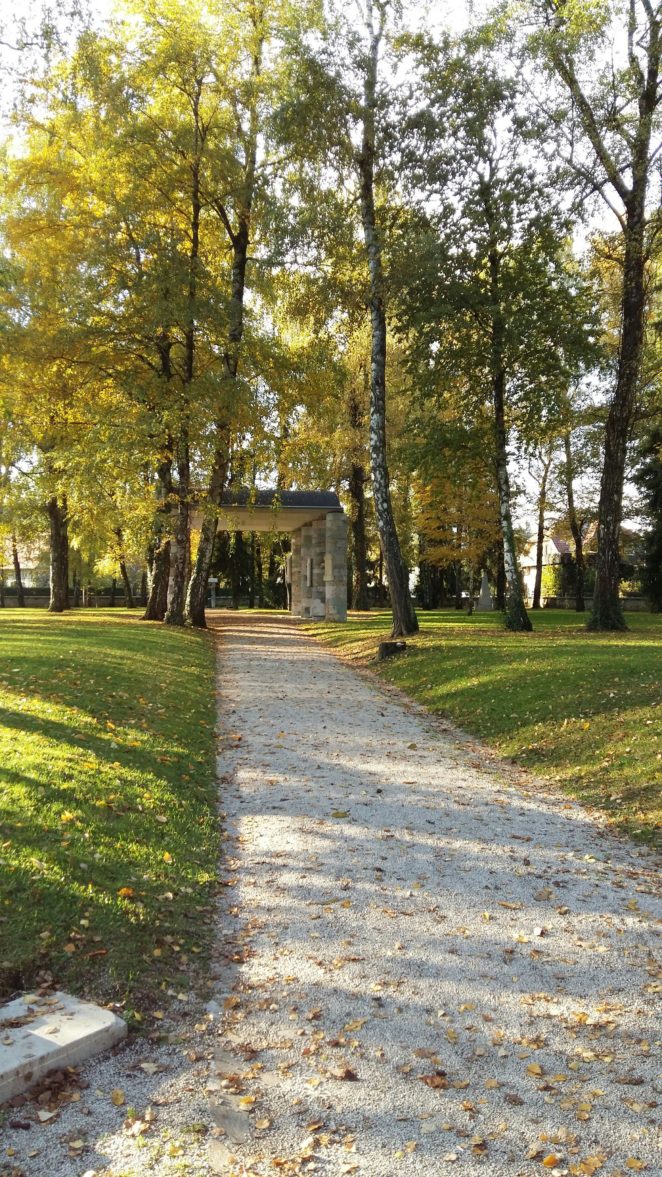 When I visit the nearby town of Kranj I usually take a walk in the park. The Prešeren Grove is a place where there was a city cemetery between the 18th century and World War II. It is located nearby the center of Kranj. A few years after the war, it was converted into a memorial park. Only a few of the most important historical tombstones and cultural monuments have been preserved in the abandoned cemetery, such as the tombstone of France Prešeren (the greatest Slovene poet), the bust of France Prešeren, the monument to the victims of war, the tombstone of Janez Puhar, the inventor of glass photography. Space is designed as a grove for its historic role and piety. It is a place of rest, reflection and cultural inspiration. The paved stone paths terminate on all sides in the central part of the grove with a transition shed on eight pillars with a three-way semi-circular roof.