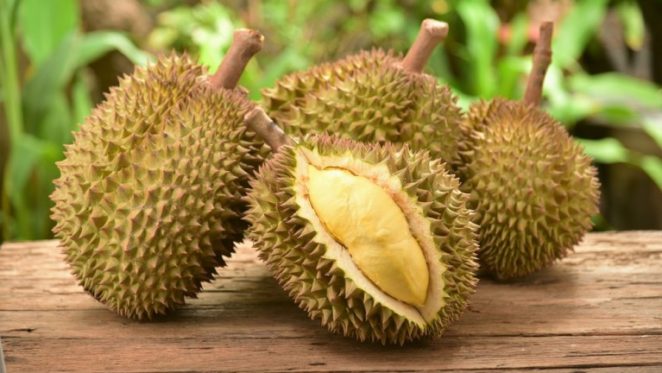 A fruit that is called the world’s smelliest fruit but it is also amazingly called the world’s most expensive fruit. Recently, this fruit has been sold at such a price that you will forget all the fruit price and you can never imagine its price.

The fruit Durian called ‘fruit king’ in Thailand was sold at in amazing price worth (US $ 48,000) during an auction. The fruit durian is called the world’s most expensive fruit at once and also the world’s stinky fruit as well.

Due to the worst smell of Durian,  it is banned in some countries to carry it with public transport, hotels and planes. This fabulous fruit was sold in the King of Durian Festival organized in Thailand. It was brought to the local farm a day earlier. Usually the standard Duran you can get between $ 50 and $ 100.

Duran have much stories, In Indonesia, the airplane had to land on the passengers’ complaint because a large number of Durian were being carried out in the Airplane.

In a university in Australia, students and teachers had to vacate the university building because there was a Durain somewhere hidden, which was considered to be a harmful gas..