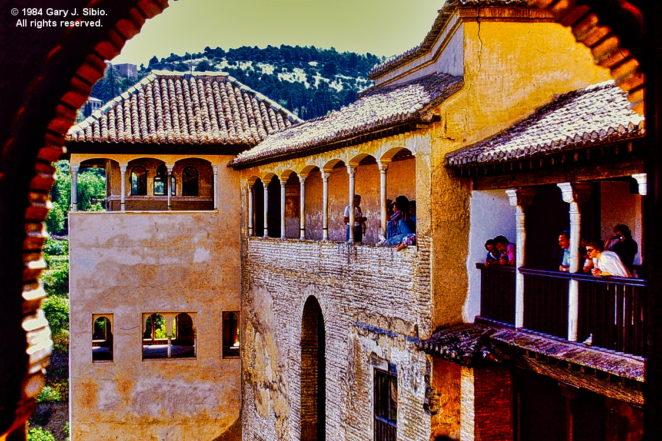 The Alhabra is a combined palace/fortress built by the Moors. The original, small structure was built 889 AD. It was rebuilt in the mid-13th century by the Nasrid emir Mohammed ben Al-Ahmar of the Emirate of Granada. In 1492 it became the palace of Ferdinand and Isabells after they removed the Moors from Spain.

Editing was done with Luminar Flex. I used the Develop filter to increase the contrast, shadows, blacks and clarity and reduce the highlights and whites. Then I added the Accent-AI, AI Sky Enhancer and Polarizing filters, then used the Tone filter to make a slight increase in the SmartTone. Next I added Dehaze, Details Enhancer, Remove Color Cast (Auto #1) and used the HSL filter to reduce the luminance in the reds and blues. Lastly I used the Erase too to get rid of some dust spots.