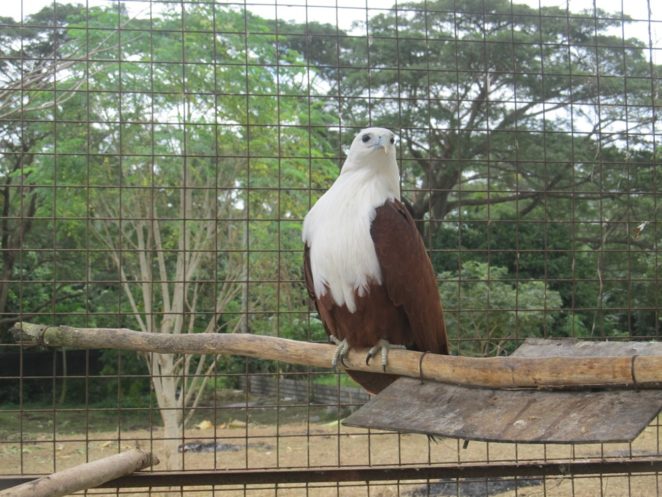 There is a saying that the eagle is the king of the sky because it flies high and even the breeding is done in the air. As one of the biggest birds, the eagle is the mascot not only of our country but also in other countries like America. Eagles caught the fancy of man and is a symbol of strength and magnificence.

The eagle in the picture is owned by a relative. It was bought as part of an event. Upon the release of the eagle, it was forgotten until after a few days, they spotted the eagle in their vicinity. When the eagle came to the cage, that means it wanted to stay. That was 3 years ago and now the eagle’s home is the cage although once in a while it is let loose to give its wings some exericse. It is hand-fed and wouldn’t eat food in any other way. In short, the eagle called Chuchay is tame and friendly to humans.