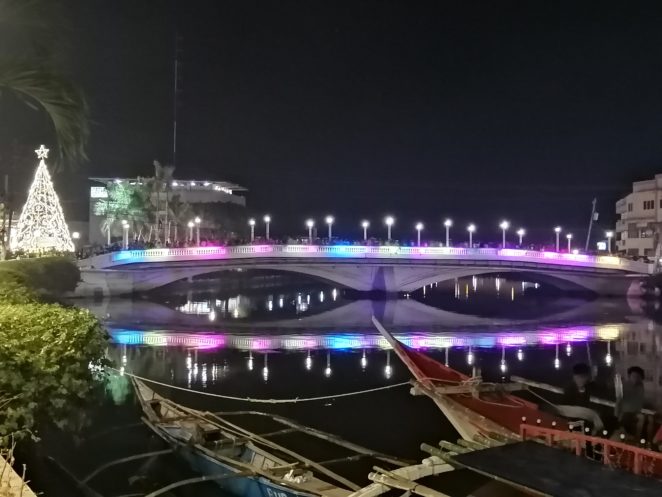 The Roxas City Bridge is one of the historical landmarks of the city. Built by the Americans way back in 1905, it withstood the tests of time.

There was a time that the city officials thought of expanding the bridge to accommodate the growing traffic. The idea met a lot of resistance.

This year, under the leadership of a newly elected Mayor, the bridge had a facelift, in time for the celebration of city fiesta and perhaps also for Christmas.

The colorful lights attached on the side of the bridge makes it more attractive to look at at night.