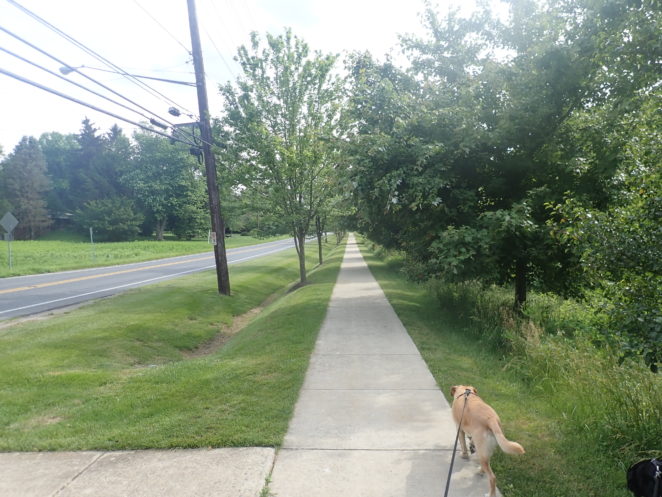 We have a GoPro Hero camera with a mount for our bike. We love getting out on the bike, and it is fun to video bike rides. We end up covering a lot of ground! When you think about the market that GoPro has created, it is interesting. In part because the origin of the market was the use by extreme athletes. Now, more and more people outside of just extreme adrenal junkies are using cameras to record their lives. One of the areas that I think is poised to make a move in the technology world is the reality of 360-degree cameras. Not only because Facebook can add those, but so does Android and iOS.  In both the phone cases you are using the panorama, but it is close to a 360 image.

One of the reasons that I believe technology is going to take off is the reality of the 64-bit processor in newer phones. The early computers were 4 and 8-bit computers. DOS, or the Disk Operating System, was the processor needed to hum along. You could address 640k of memory directly and using a switch in your Autoexec.bat (Himem.sys) you could you address up to a full meg of onboard memory. Hold me back! The iPhone launched late last year as between 2 and four gig of addressable memory. The 64 bit Apple processor and the 64 used in the Android world, both allow you to address more than one mega of memory. I remember the day we moved from 16 bit to 32-bit computers.

Suddenly you could have four megs of memory! With the available power in your cell phone, you suddenly have the power to easily render a 360-degree image. The problem with 360 isn’t taking the image; it’s stitching it together. The faster the processor you use to stitch your picture, the sooner you will see it. Honestly, with the newer cameras and the newer phones, it is real time. That nearly real-time presentation of images is incredible! It does, however, reminds me of the days of loading applications into a meg of onboard RAM. (Random Access Memory) and learning about the reality of swap files. (Back in the day, and frankly to this day but hard drives are much faster) Windows, Linux, and Unix (as well as MacOS) would load a portion of the operating system into a section of your hard drive called the swap file. You cared when what you had loaded on your computer, was more than the memory you had installed (RAM). That meant the swap file was more active, and because of hard drive speeds, the computer was slower.

The more RAM you have, the less likely you are fill up the RAM and start relying on the swap file!