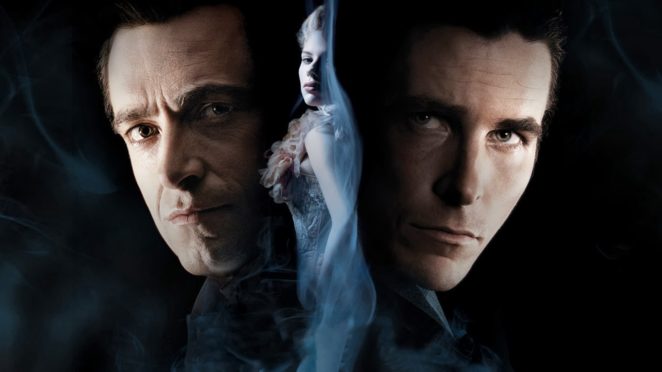 The British magicians-illusionists – Robert Angier and Alfred Borden together showed a risky number. During the trick, Angier’s wife drowned, who could not free herself from the ropes connecting her. Borden, under the guise of a spectator from the audience, tied the actress and Anger accused a friend of the tragedy that happened. After parting, the Great Danton and the Professor (their scenic names) begin to not only compete on stage but also openly quarrel. Any tricks are used to harm each other.

Christopher Nolan has become one of the most famous directors of our time. The film “The Prestige” was a real discovery for me. Here is the atmosphere of London in the 19th century and what is important is the incredible tricks and illusions inherent in that time.

The film itself, it seems to me, is gloomy. And this is expressed not even in the colors of the film but in the plot and behavior of the characters. The same death of Angier’s wife is the reason for the rivalry of the two magicians, and it is expressed in the way Angier tries to steal the secret of the focus of moving a person from Borden.

All this is somehow gloomy and the relationship between these two magicians is already becoming the center of history. Nolan masterfully shows how a person chasing fame can learn how to “dirty his hands”. And all this frightens with realistic situations that arise in life.

In general, the film leaves a great impression and makes you review the film more than once. Bravo Mr. Nolan! You again managed to make a great movie.