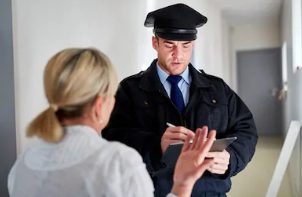 One balmy summer’s night, while cruizing in my patrol unit, in Durban South-Africa, I received a call of a naked woman in the alley behind a bar. When I arrived, she was sitting down with her knees to her chest and her arms wrapped tightly around her legs. I asked where her clothes were and she said they were on the roof. Evidently she put the hustle on a guy in the bar unbeknownst that his girlfriend was watching from nearby.

Several girls got together and took her outside, stripped her clothes off, and threw them on the roof. I went to my patrol car, got a blanket, wrapped her, and then went on the roof and got her clothes. Street justice of a different kind of was meted out that night, for certain. She was told not to go back into the bar. I cleared the call and roared in my car with laughter.