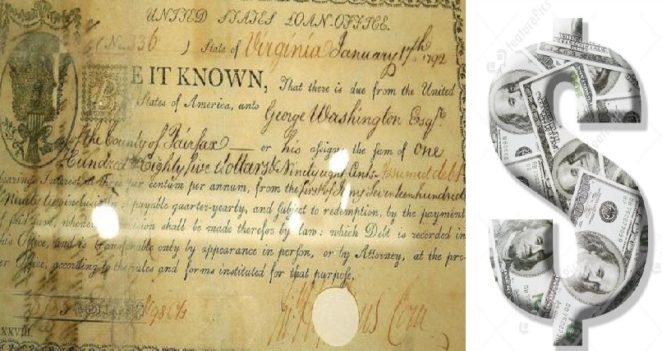 Do you know the mystery behind the dollar sign ? The dollar’s identity is from a specific sign and its story is what I am going to tell you.

Did you ever think of the dollar’s famous sign, but never considered its design instead. The dollar sign contain D neither A for america, then where did the dollar sign $ come from?

Dollar history is not so old compared to pounds, In 1520 silver coins were made in the kingdom of Bohemia, these silver used in the coins was taken out of the mine called ‘Joachimsthaler‘ which is from german to english now called joachim valley.

Logically, the same name was given to coin as ‘Joachimsthaler” and later shorten to “Talar” and the same words become popular in the complete world.

The voice of T in Dutch is played in the sound of D. and that is reason it become Dollar and Today’s word dollar is the oldest story of the old Talar.

It might be just a thought, However, there is a real story of the dollar marks no one has the answer. There is also an idea that this design includes both English vocabulary ‘U and ‘S’ And that means units of silver.

There are many ideas and thoughts in this context but the most accepted common theory is this that the trade between the Spanish – Americans and the British -Americans was on boom at that time, and till 1857 the use of the Spanish dollar ‘peso’ was legal in america and was usually shortened, that is why historians say that in initial words P was written as S and Over time, ‘P’ and ‘S’ were written in the same way together, and then the format of ‘S’ was left alone.

It is said that indeed this sign is not its own creation of America but it was famous in America. The historian believe  that the richest Ireland born wealthy merchant and the great supporter of american revolution Oliver Pollock is the creator of dollar due to huge currency trade.The first dollar sign was printed in the Philadelphia printing press in 1790.